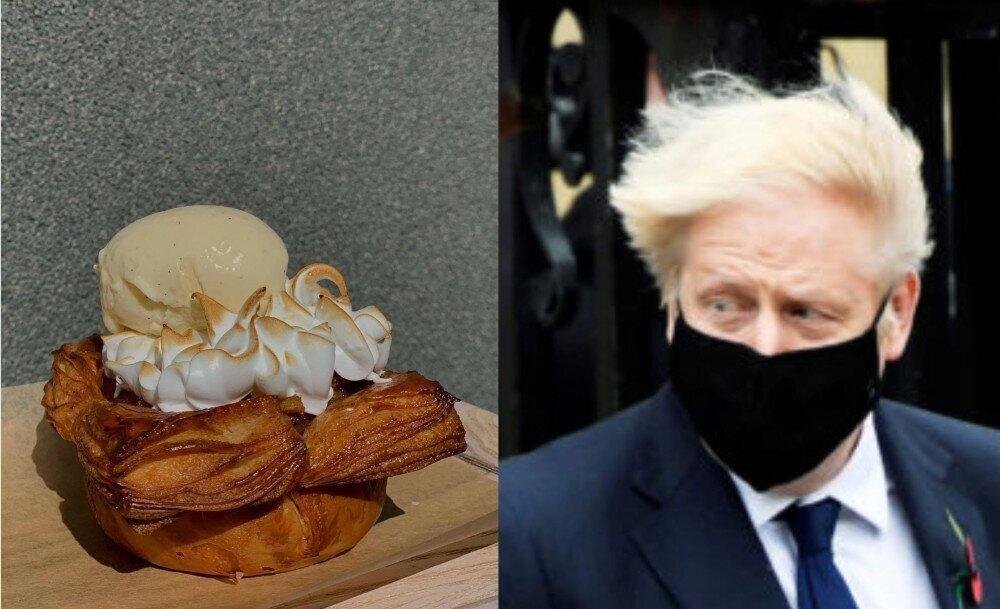 Late morning customers in search of the latest delicacy in Kyiv’s Zavertailo café would have been disappointed – the “Boris Johnson” croissant was so popular it had already sold out.

“You can wait 30 minutes for the next batch, but if you’re really hungry we can serve you the ‘lend-lease’ burger,” Illia the cashier told a Telegraph reporter looking for a politically-themed brunch.

The lend-lease was named after an act of the US Congress to supply aid to the Ukrainian government in response to the Russian invasion, but it’s a newly created delicacy in honour of Boris Johnson and his signature unruly blond hairdo that has been making local headlines in Kyiv.

“Boris Johnson is not just a prime minister but is also now a croissant,” announced Cafe Zaertailo on its Instagram account, instantly generating more than 3,000 likes.

Illia said the treat, which was inspired by English apple pie, topped with a wavy white meringue and a dollop of vanilla ice cream to resemble Mr Johnson’s “charming” hair, was created by the café’s team to show their gratitude for the prime minister’s support of Ukraine.

Nazar, 22, one of the café’s waiters, said he had been surprised to hear about Monday’s no-confidence vote and worried that it may have been in response to Mr Johnson’s foreign policy and stance on Ukraine.

Maxim Mokhort, 26, a local historian and croissant aficionado, said he was eager to try the $3 snack and relieved that Mr Johnson had survived the vote.

“My third cousin once shook the hand of Boris Johnson. I really like him. He is a much better prime minister than previous ones. He really reminds me of Winston Churchill and I would love to try the croissant,” he said.

Many Ukrainians, buoyed by the UK’s strong backing of their war efforts against Russia, have been closely watching the machinations of the Conservative party, concerned that the ousting of Mr Johnson could distract the Government or reduce British support for their cause.

Mikhailo Podolyak, an advisor to the Ukrainian president, tweeted the below minutes after the no-confidence vote.

Meanwhile, the croissant was denounced on Instagram by fiery Russian state media presenter Olga Skabeyeva, nicknamed by critics as the “iron doll of Putin TV.”

The café responded in kind – “If her a-- is burning because of this croissant then we did a good job,” it retorted.