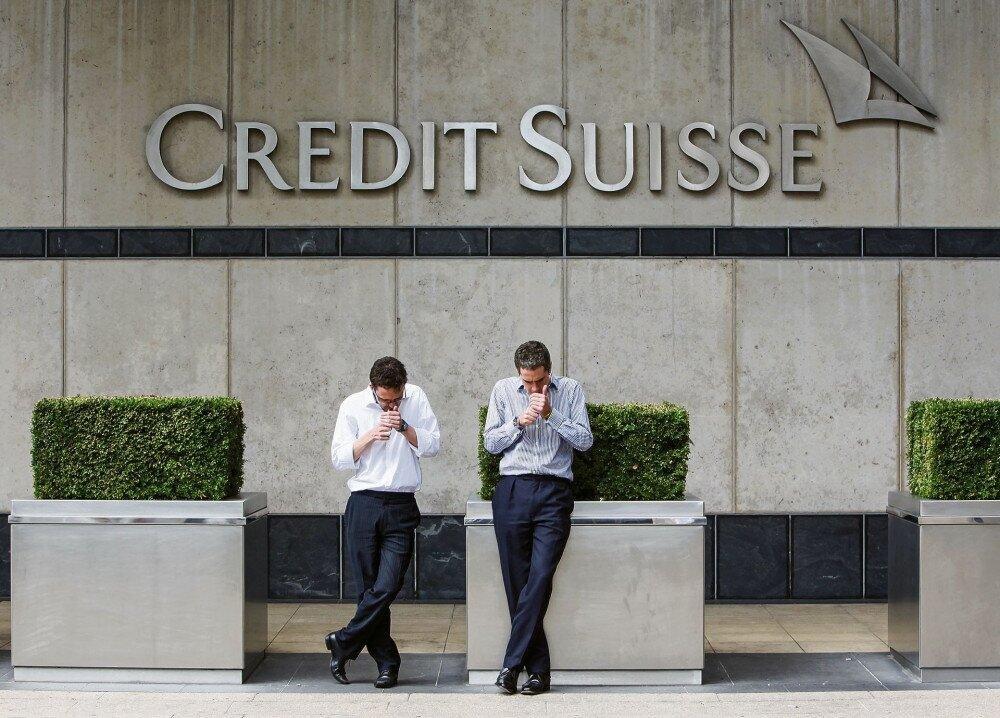 Switzerland's second-biggest bank Credit Suisse announced that it capped a scandal-ridden year with a quarterly loss of $2.2 billion on Thursday, adding that its 2022 earnings would be weighed down by restructuring and compensation costs.

Though the bank had flagged a large fourth-quarter loss, it was still steeper than expected with analysts pointing to slides in revenue across most of its business segments in addition to hefty legal costs for its investment bank. In contrast, many of its rivals have posted robust results, Daily Sabah reports.

Credit Suisse also flagged a decline in adjusted pretax income for the first quarter. The bank's shares, which have lost nearly a third of their value since the start of 2020, slid 4% in early trade.

"We see no reason to recommend bets in Credit Suisse securities," ZKB analyst Michael Kunz said after the results.

Credit Suisse had warned recently that it was likely to make a net loss in the fourth quarter as the scandal-hit lender flagged fresh legal costs and said business in its trading and wealth management divisions had slowed.

Credit Suisse's horrendous 2021 was marked by the collapse of $10 billion in supply chain finance funds linked to insolvent British finance firm Greensill and a $5.5 billion trading loss from the implosion of investment fund Archegos.

Net income attributable to shareholders for the year tumbled to a 1.6 billion Swiss franc ($1.7 billion) loss which compares with a 2.7 billion franc profit in 2020.

"During the last three quarters of the year, we ran the bank with a constrained risk appetite across all divisions as we took decisive actions to strengthen our overall risk and controls foundation and continued our remediation efforts," he said in a statement.

Last year's scandals, preceded by an executive spying scandal in 2019, have only been followed by more. It began 2022 with the abrupt departure last month of its chairman brought in just nine months earlier and has become the first major Swiss bank to be tried in a criminal court, charged with allowing an alleged Bulgarian cocaine trafficking gang to launder millions of euros.

Tasked with reforming the bank's freewheeling corporate culture, Credit Suisse Chairperson Axel Lehmann has said he wants to stick with his predecessor's strategy of focusing on wealth management, noting customer business remained excellent at the time of his appointment in January.

During the final quarter of 2021, Credit Suisse's investment banking division posted a 2.1 billion-franc pretax loss. The goodwill impairment for DLJ came to $1.7 billion.

Credit Suisse's flagship international wealth management business saw revenue fall 26%. It noted it had seen new net asset outflows of $3.2 billion in its separate Asia-Pacific division, which it said were related to wealthy clients deleveraging as well as "de-risking measures" it had taken.

Across the bank, assets under management rose 7% to 1.6 trillion Swiss francs, helped by a pickup in inflows for its asset management business.

The bank maintained its dividend at 0.10 francs per share.

In a surprise move, it said it did not plan to publish an internal report on the Greensill debacle.

The results mark a sharp contrast to cross-town rival UBS in particular, which this month reported its best annual profit since the global financial crisis, emboldening it to hike share buybacks and set more ambitious profit goals.