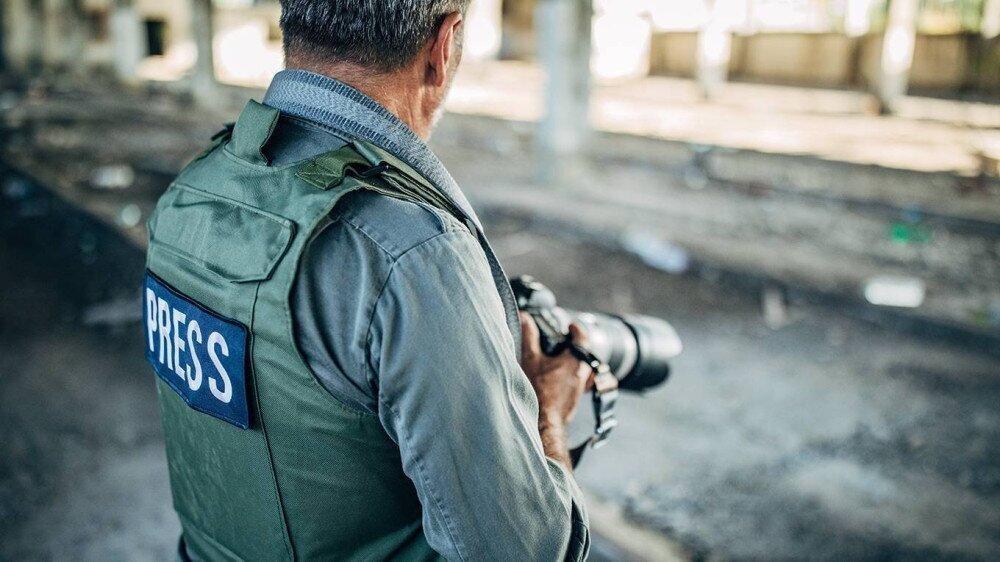 At least 20 journalists from around the world have been killed during Russia’s seven-week war in Ukraine, the national union of journalists of Ukraine said Wednesday.

“This war spares no one: it takes the lives of soldiers, civilians, media workers,” the union said.

It published a list of 20 journalists who have been killed, in the line of duty and otherwise, since Russian President Vladimir Putin ordered troops into Ukraine on Feb. 24.

The most recent deaths were that of 78-year-old Ukrainian journalists' union member Yevhen Bal and video engineer Roman Nezhyborets.

Bal succumbed to injuries on April 2 after being captured near besieged Mariupol and allegedly tortured by the Russian army on March 18 over “compromising” photos taken with the Ukrainian military, the union said.

The Global Forum for Media Development, an international support network, issued a declaration signed by 167 media organizations condemning “Russia’s attacks on press freedom and freedom of expression in Ukraine.”

“The targeting, torturing and killing of journalists is abhorrent and must be stopped,” it said Saturday.

In Russia, at least 150 journalists are believed to have fled the country and 40 news outlets have blocked or suspended operations since the start of the war.

Russian authorities ramped up up their campaign to silence what remains of the country’s independent voices after the invasion, including by introducing prison terms of up to 15 years for “fake news” about the war, The Moscow Times reports.