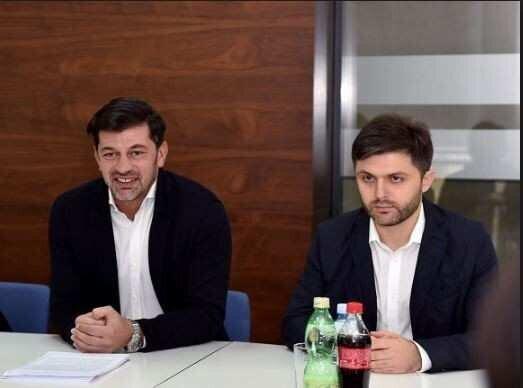 Back
To support businesses during the pandemic, Tbilisi City Hall has prepared a new package of benefits. As the vice-mayor of the capital Irakli Khmaladze explained, the benefits are given to the tenants, restaurants, and other food outlets, as well as to the pavilions - booths located in the territory of the municipality.
"When, due to the first wave of the pandemic, we imposed certain restrictions on the economic sector, Tbilisi City Hall took several measures to support businesses. These were lease benefits that affected various entrepreneurial entities, in some cases for three months and in others for ten months.

Since December and January are also a limited period for entrepreneurs due to the pandemic, we have prepared a new package of benefits, which we presented at the government meeting today. The mayor of Tbilisi made a detailed statement about it. We are talking about a two-month relief that applies to leases issued by both the municipality and municipal enterprises. During these two months, the suspension of sanctions and the exemption from the fine imposed recently will be put in action from the first restrictions until February 1, 2021. These benefits are given to entrepreneurs on the condition that they transfer it to sub-tenants as well, if they have any.
Also important are the benefits imposed on food outlets. We all know that restaurants are busy with takeout or home delivery services. Consequently, the cleaning fee for them will be charged on the confectionery regime, which is 8 times less than what they are accrued today. And if they are not engaged in entrepreneurial activities, they can apply to Tbilservice Group, and the cleaning fee will be removed.
As for the third category benefit, it refers directly to the pavilions located on the territory of the municipality, the so-called booths that have expired or expired lease or architectural permit, in both cases will be extended until July 1, 2021. The municipal inspection will not enforce measures such as fines and indicate the taking of the pavilion "- said Irakli Khmaladze.
Tbilisi City Hall Kakha Kaladze Restrictions Benefit Package

Maricultura Georgia To Export Mussels And Oysters To Armenia

Sewing Company Imeri Has A Shortage Of Staff