"40 MPs of the lowest quality", - Temur Chkonia on the Fail of Electoral Reform 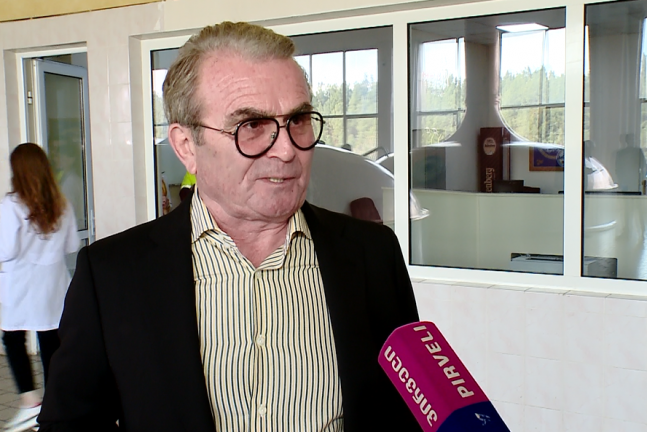 “The majority from those 40 deputies took such a decision, what a life they had lived”, - this is how the businessman Temur Chkonia, evaluates current political situation and protest rallies, that have followed to the fail of proportional electoral system. To note, 36 MPs who have been the initiators of draft bill have changed their position.

In an interview with Bm.ge, Temur Chkonia considers the current processes as illogical.

"The worst thing is that illogical things are happening in Georgia. Three million voters, all parties, as well as Bidzina Ivanishvili support a proportional electoral system and it turns out that 40 persons are deciding everything in the country?! ... How can such illogical thing exist? Everyone supports reform besides those 40 persons…

Who are they? – 40 MPs of the lowest quality, with their content, past, political history, alternating parties – who moved from one party to another, but he did not participate in the political life?! The twelve apostles could not change the world, but 40 persons changed the political reality of Georgia. This is terrible. 40 people have caused these processes in the country,” says Temur Chkonia.

On the question, do you believe that the decision has been made independently by lawmakers? The businessman answers following:

As for the solution, Temur Chkonia states that what is happening in the country is good for no one - neither for the opposition nor for the government.

“What should we do? - We have to learn how those 40 MPs entered the Parliament. We should study their past. When you describe someone, you should discuss his personality based on his biography. Their past is dirty and unstable, how can they affect Georgia's future. This is nonsense. How can it be done?! ”- states Temur Chkonia.