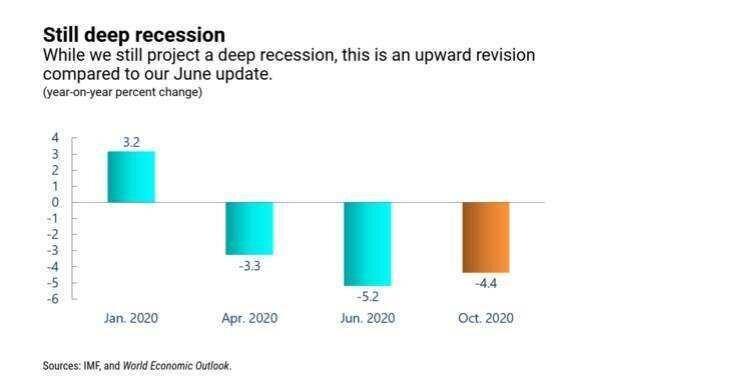 However, that is followed by a rebound of 5.2% next year, which is less than the previous prediction.

Next year's world downgrade is less than this year's upgrade.
IMF Economic Outlook