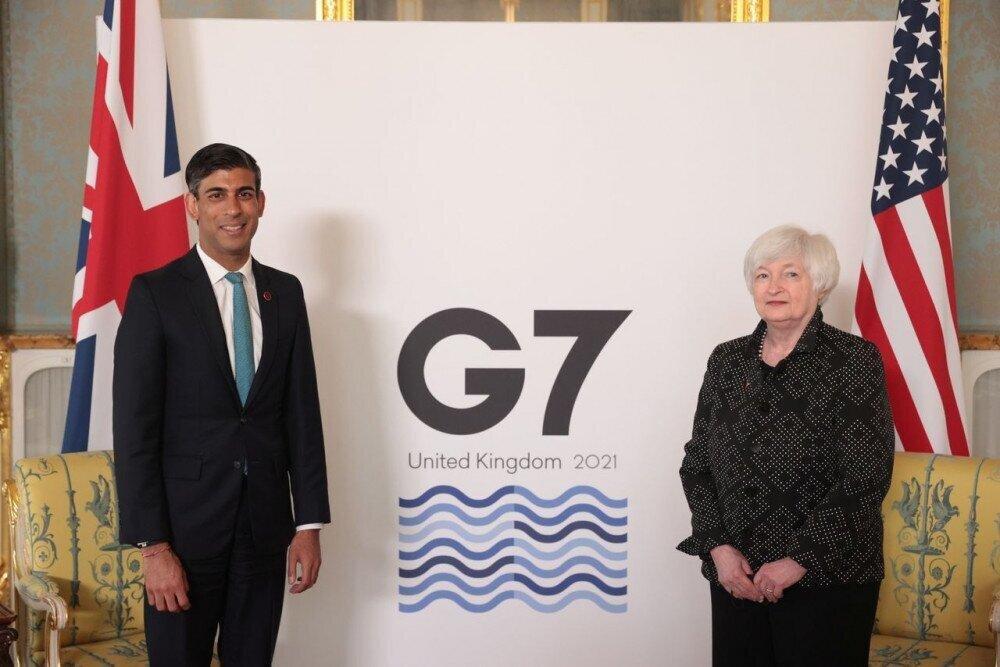 Back
The G7 group of advanced economies has reached a "historic" deal on taxing multinational companies.
Finance ministers meeting in London agreed to battle tax avoidance through measures to make companies pay in the countries where they do business.
They also agreed in principle to a global minimum corporate tax rate of 15% to avoid countries undercutting each other.
Tech giants such as Amazon and Google could be among the companies affected.
The move could see billions of dollars flow to governments to pay off debts incurred during the Covid crisis.
The deal - from the US, UK, France, Germany, Canada, Italy and Japan - will put pressure on other countries to follow suit, including at a meeting of the G20 next month.
UK Chancellor of the Exchequer Rishi Sunak said the agreement was designed to create a level playing field for global companies.
"After years of discussion, G7 finance ministers have reached a historic agreement to reform the global tax system to make it fit for the global digital age," he said.
Why did they want to change the rules?
Governments have long grappled with the challenge of taxing global companies operating across many countries.
That challenge has grown with the boom in huge tech corporations like Amazon and Facebook.
At the moment companies can set up local branches in countries that have relatively low corporate tax rates and declare profits there.
That means they only pay the local rate of tax, even if the profits mainly come from sales made elsewhere. This is legal and commonly done.

The deal aims to stop this from happening in two ways.
Firstly, the G7 want a global minimum tax rate so as to avoid a "race to the bottom" where countries can undercut each other with low tax rates.
Secondly, the rules will aim to make companies pay more tax in the countries where they are selling their products or services, rather than wherever they end up declaring their profits.
What's in the agreement?
The rules on making multinationals pay taxes where they operate - known as "pillar one" of the agreement - would apply to global companies with at least a 10% profit margin.
Twenty percent of any profit above that would be reallocated and taxed in the countries where they operate, according to the G7 communiqué.
The second "pillar" of the agreement commits states to a global minimum corporate tax rate of 15% to avoid countries undercutting each other.
Amazon Google Taxes Global Economy G7 multinational companies