A new legislative initiative, if supported, to greatly improve anti-corruption capacity of Georgia 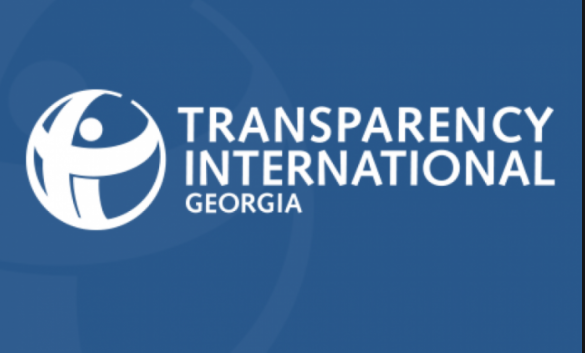 We welcome the draft law on the creation of an independent anti-corruption agency which was submitted today at the session of the Bureau of the Parliament.

The said draft law was elaborated as a result of the collaboration of five independent MPs – Tamar Chugoshvili, Tamar Khulordava, Irina Pruidze, Nino Goguadze, and Dimitri Tskitishvili – and Transparency International Georgia, for which we thank the MPs.

In the event of approval of the draft law, important institutional steps will be taken towards strengthening the anti-corruption systemic in the country.

Influential international and local organizations agree that Georgia fails to pursue a result-oriented anti-corruption policy that would make it possible to investigate cases of corruption, especially those at high levels of government. The existing anti-corruption mechanisms and policy fail to meet this challenge.

To overcome this problem, for years now TI Georgia has spoken about the need to form a body with a high degree of independence which will be directly responsible for fighting corruption and, for this purpose, will be equipped with relevant powers and resources. The draft law that has been initiated seeks to achieve this goal.

How will the independent anti-corruption agency be created?

The agency will bring together a number of anti-corruption activities that are now scattered across different agencies – the Civil Service Bureau, the State Audit Office, and the State Security Service, or those for which no agency carries responsibility:

•Exercising control over the enforcement of Georgia’s anti-corruption legislation and improving the anti-corruption policy;
•Uncovering, investigating, and eliminating cases of corruption in public institutions, as well as taking measures for preventing corruption;

Why is it important to create an independent anti-corruption agency?

International practice confirms that an independent anti-corruption agency is an effective mechanism for fighting systemic corruption. The said model has been successfully introduced in a number of European countries. The suggested reform involves a qualitative improvement of the country’s anti-corruption policy. More importantly, the reform will make it possible to investigate and prevent cases of elite corruption.

We call upon members of the Parliament of Georgia to support this initiative and contribute to the fundamental improvement of the anti-corruption environment in the country. We once again thank the MPs – Tamar Chugoshvili, Tamar Khulordava, Irina Pruidze, Nino Goguadze, and Dimitri Tskitishvili – for productive collaboration and for their contribution to the process of elaboration of the draft law.

Turkey's manufacturing capacity up in September