A New Prometheus Epic Hotel & Spa Was Opened In Tskaltubo 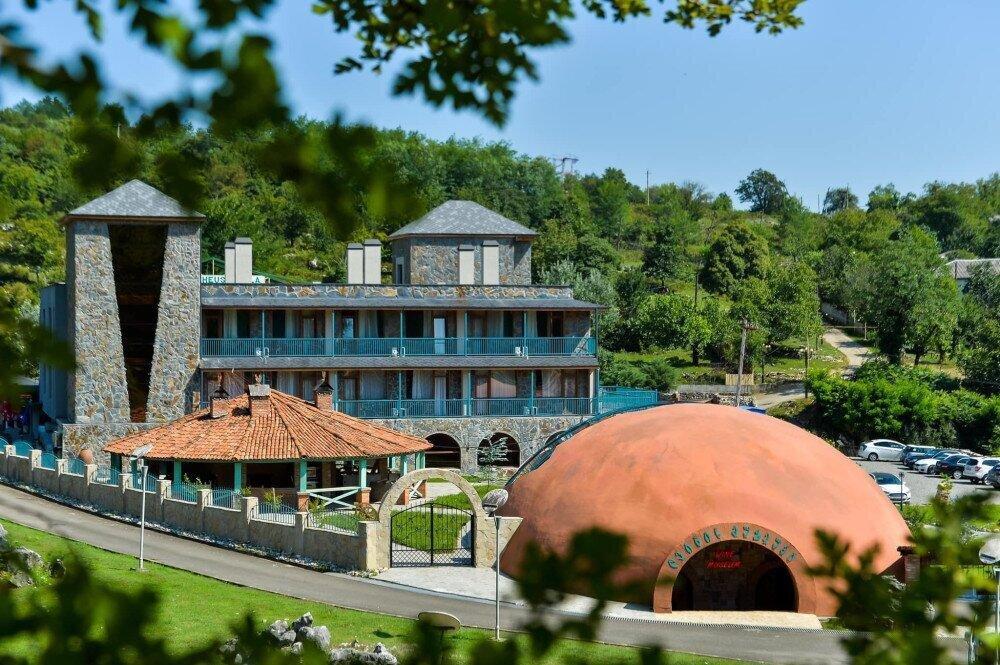 A new hotel complex "Prometheus Epic Hotel & Spa" was opened in Tskaltubo, in the village of Kvilishor, near the Prometheus Cave, which combines a 26-room hotel, a wine museum, a restaurant, two types of pools and a jacuzzi, as well as a sauna.

A total of 3 million GEL was invested in the construction of the hotel. The project was implemented with the support of agency Enterprise Georgia. It should be noted that the complex employs 60 people in the region.

One of the owners of the hotel, Nino Japaridze declares that "Prometheus Epic Hotel & Spa" is one of the large-scale complexes in Tskaltubo and it hosts both local and international visitors. As for the cost of accommodation in a hotel, the price of a room with breakfast is about GEL 240 during the season.

"The hotel is open for a year which includes 26 rooms, two types of pools and jacuzzis, saunas, a wine museum and a restaurant. It's been a month since the very active season started, last year we even closed for several days due to the pandemic. At this stage, we have both local and foreign vacationers. We employ about 60 people on site. It's bad that the locals don't want to work, that's why we have the main staff from Kutaisi", says the owner of "Prometheus Epic Hotel & Spa".

Nino Japaridze also talks about the future plans of the hotel. According to her, "Prometheus Epic Hotel & Spa" covers a total of 3,000 square meters, and the largest part of the territory is unexploited, so the complex is considering expansion.

"Tskaltubo has great potential. We are going to place children's attractions and cottages on the site," she says.