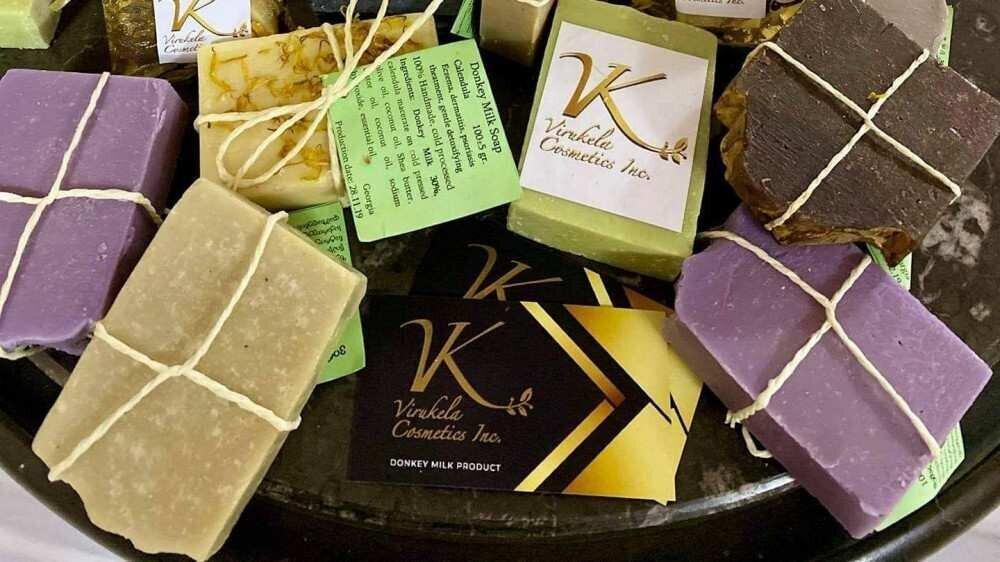 Back
In 2019, Temur Lomidze and his American partner under the "Virukela" brand exported $10,000 worth of donkey milk cosmetics to the United States, but the pandemic thwarted their plans to expand export markets and open a store in the United States.
Temur Lomidze, the founder of "Sakhe-Dar," a donkey farm, says that if it were not for the pandemic, exports to the United States alone would increase significantly this year.
"After exporting our products to the United States, we decided to open a store in New York, but the pandemic prevented us from doing so. I should mention that online sales intensified during the pandemic. We still plan to open a store. Last year, we exported a total of $ 10,000 worth of donkey milk soaps, face creams, and lip balms. There was much appreciation for our product that we thought exports to the US would reach at least $ 50,000 this year; If it were not for the pandemic, our exports would probably have tripled," Temur Lomidze said.
According to him, before the spread of the epidemic, the interest in the product came from France, Switzerland, Greece, and the United States. Testers were also sent, but due to the epidemic, these processes were stopped.
It should be noted that "Sakhe-Darma" has produced donkey milk powder for 2 months, and the test batch has already been exported.
Export Virukela Temur Lomidze