A year of Covid lockdowns has cost the UK economy £251bn, study says 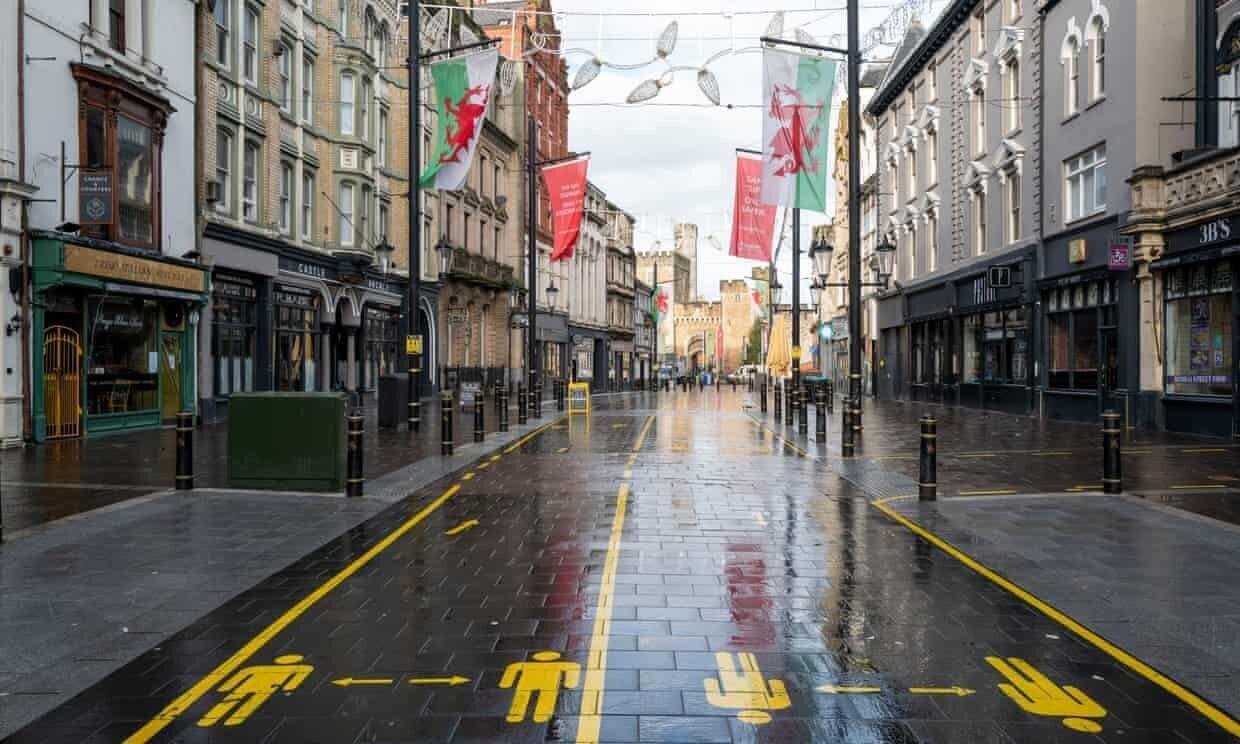 Back
A year of Covid-19 lockdowns has cost the UK economy £251bn – the equivalent of the entire annual output of the south-east of England or nearly twice that of Scotland, according to a report published on Monday.
Analysis by the Centre for Economics and Business Research found that while the whole of the country had suffered huge damage from restrictions on activity since the first national lockdown began, some poorer regions had suffered the most.
The consultancy said the north-south gap would widen unless the government took steps to ensure that the less well-off parts of the UK did not disproportionately bear the economic losses caused by the pandemic.

Sam Miley, a CEBR economist, said the report compared his organisation’s pre-Covid-19 forecasts for the UK with the level of output 12 months after Boris Johnson told Britons that they had to stay at home.
Gross value added (GVA) – which measures the value of the goods and services produced by the economy, minus the costs of inputs and raw materials needed to deliver them – was more than £250bn lower than it would otherwise have been, Miley said.
“Consumer footfall has plummeted, businesses are still shut, and many individuals have found themselves out of work. Further bouts of area-specific restrictions have added some regional variation to economic fortunes, a matter made all the more pertinent given the government’s promises to ‘level up’,” he said.
“These factors, amongst countless others, have entailed a huge cost to the UK economy, in addition to the devastating cost of thousands of lost lives.”
In absolute terms, the losses in London were the highest of any region, amounting to £51.4bn of lost activity. This was followed by the south-east and east of England, with losses of £34.7bn and £26.6bn respectively.

But the CEBR said a different picture emerged when the size of each region’s contribution to the economy was factored in.
London accounted for just under a quarter of the UK’s GVA but had suffered just over a fifth (20.5%) of the losses since the start of the pandemic. This could be explained by London’s reliance on sectors such as finance and insurance, and information and communication, which had exhibited the smoothest transition to working from home.
By contrast, Scotland, Wales and regions such as the West Midlands, East Midlands, and the East of England, had suffered Covid-induced losses larger than their typical contributions to the economy.
Miley said that despite the anticipated recovery in the economy once lockdown restrictions were eased, some regions could be more subject to lingering effects from the pandemic, such as higher rates of joblessness and a greater degree of business closures.
“If the government is truly committed to addressing regional imbalance, it will not allow these areas to disproportionately bear the weight of the losses brought on by the pandemic. To do otherwise would risk further divergence in fortunes.”
This month, the Office for National Statistics said output as measured by gross domestic product (GDP) was 9% below where it was in February 2020, the last month before the first lockdown.
A separate report from the Learning and Work Institute has suggested that Britain’s economic recovery from the Covid crisis could be hampered by a looming digital skills crisis caused by a sharp fall in the number of young people taking IT courses.
The LWI – an independent policy, research and development organisation – said the number of young people taking IT subjects at GCSE had fallen by 40% since 2015, and the numbers taking A-levels, further education courses and apprenticeships were also declining.
It found less than half of UK employers believed new entrants to the workforce were arriving with the necessary advanced digital skillset.
The mismatch between the rising demand for digital skills and the supply of sufficiently trained recruits was already costing the economy billions of pounds and the potentially “catastrophic” gap would widen over time without urgent action, it said.
Source: The Guardian
Global Economy UK