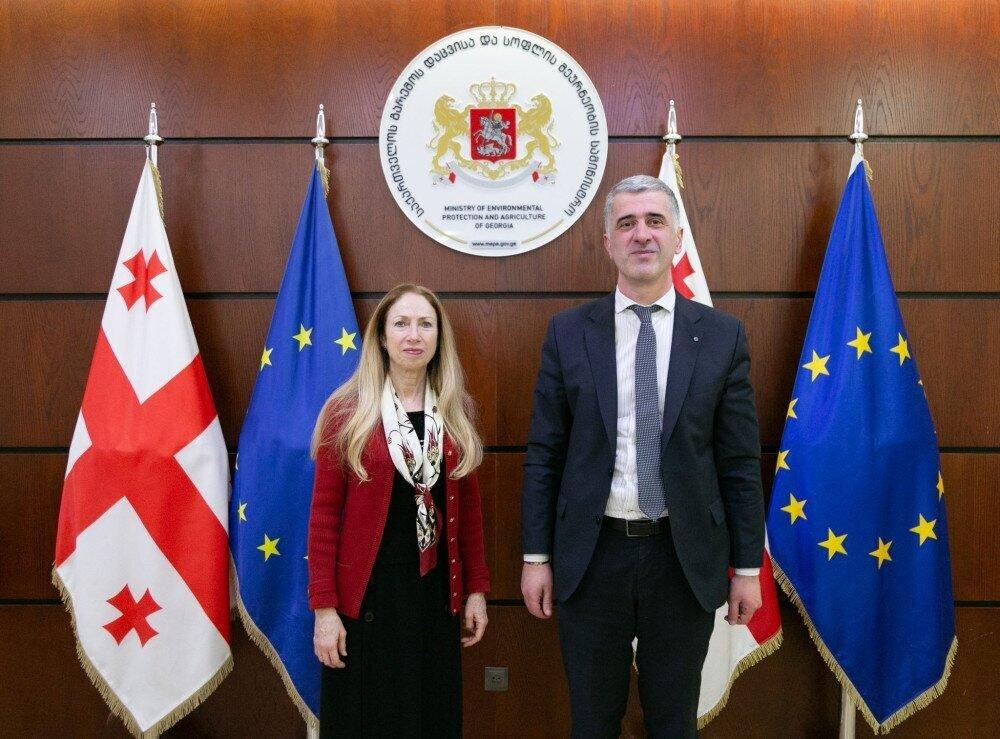 A meeting was held between Georgian Agriculture Minister Otar Shamugia, US Ambassador to Georgia Kelly Degnan and Peter Wiebler, the Director of the United States Agency for International Development (USAID) Georgia mission. The focus of the meeting was on the challenges in Georgia’s winemaking sector and diversification of international markets for promoting sales of wine from the country.

On the meeting, Shamugia said the Georgian Government had been able to reduce the share of wine exports to the Russian market from 80% to 57% “in a short period,” adding his Ministry “actively worked” with importers to find alternative markets.

“The importance of the support by Georgia’s international partners for promoting Georgian products abroad was noted, in particular due to the situation in the Black Sea region following Russia’s invasion of Ukraine last month.

The support of the United States Government in this process is important to make Georgian wine more popular on the American market,” Shamugia told the American officials.

The Minister thanked both the US Government and USAID for “years-long and substantial” support in the fields of agriculture and the environment, pointing out his Ministry’s strategy for agricultural development and the importance of its implementation.

Ambassador Degnan pledged the US Government would support Georgia in overcoming existing challenges and try to “find all possible ways” to promote Georgian products abroad, while Wiebler noted the priority area for USAID was climate change, and pledged to continue support of finding alternative energy sources in Georgia.