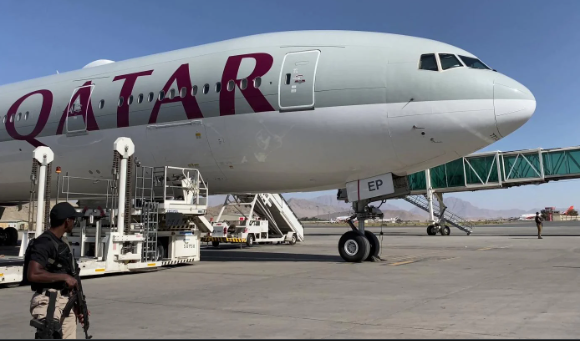 Air tickets may become more expensive — thanks to the lack of refining capacity and the financial state of airlines, said William Walsh, the director-general of the International Air Transport Association (IATA).

The decline in refining capacity during the pandemic, and higher jet fuel prices caused by the increase in demand for fuel are “of concern” to the airline industry, Walsh told CNBC’s Hadley Gamble on Wednesday.

U.S. refining capacity dropped by 5.4% in 2022 since it peaked in 2019 — the lowest in eight years. The dip came in the wake of refinery closures and conversions to produce more renewable fuels.

Walsh added that while consumers are paying higher ticket prices, airlines are not necessarily making a profit.

Airline ticket prices have spiked by 25% in the past year — the biggest annual jump since 1989. In April alone, airfares surged 18.6%, according to the Bureau of Labor Statistics.

But another factor could contribute to even higher ticket prices — Russia’s announcement of a military mobilization, said Qatar Airways CEO Akbar Al Baker.

Russian President Vladimir Putin on Wednesday announced a partial military mobilization in Russia, placing the country’s people and economy on a wartime footing as Moscow’s invasion of Ukraine continues.

Al Baker told CNBC that China’s Covid policies are the “smallest of [his] worries,” and that the airlines’ greatest concern is the escalation of the Russia-Ukraine war.

“For me, the biggest worry is the conflict spreading, which [will then] fuel inflation, putting more pressure on the supply chain,” he added. “The net result will be less passengers in my aeroplane.”

“It also worries me … the [instability] of the oil price, which I don’t want to pass to the passengers, which will then discourage them from travelling.”

Oil prices jumped by more than 2% after Putin’s announcement, following concerns of an escalation of the war in Ukraine and squeezing oil and gas supplies.

Nevertheless, Al Baker maintained that Qatar will continue flying to Russia as long as it is operationally safe to do so.

Al Baker called for more investments in alternative fuel, and that Qatar Airlines is “ready to invest in sustainable aviation fuel” on the condition that it is “reasonably priced.”

“I have no issue [paying] a bit more, but they cannot pay four or five times the price of a normal F-gas.” F-gas, also known as fluorinated gases are man-made gases applied in various industrial uses.

Why the U.S. is running out of pilots

“If we are pushed to do that, you as a passenger are going to pay for it,” he said.

Walsh echoed his hopes of seeing more investment in the production of sustainable aviation fuel rather than traditional refineries, citing environmental concerns.

“Sustainable aviation fuels do represent the best option that the industry has to achieve our target of net zero by 2050.”