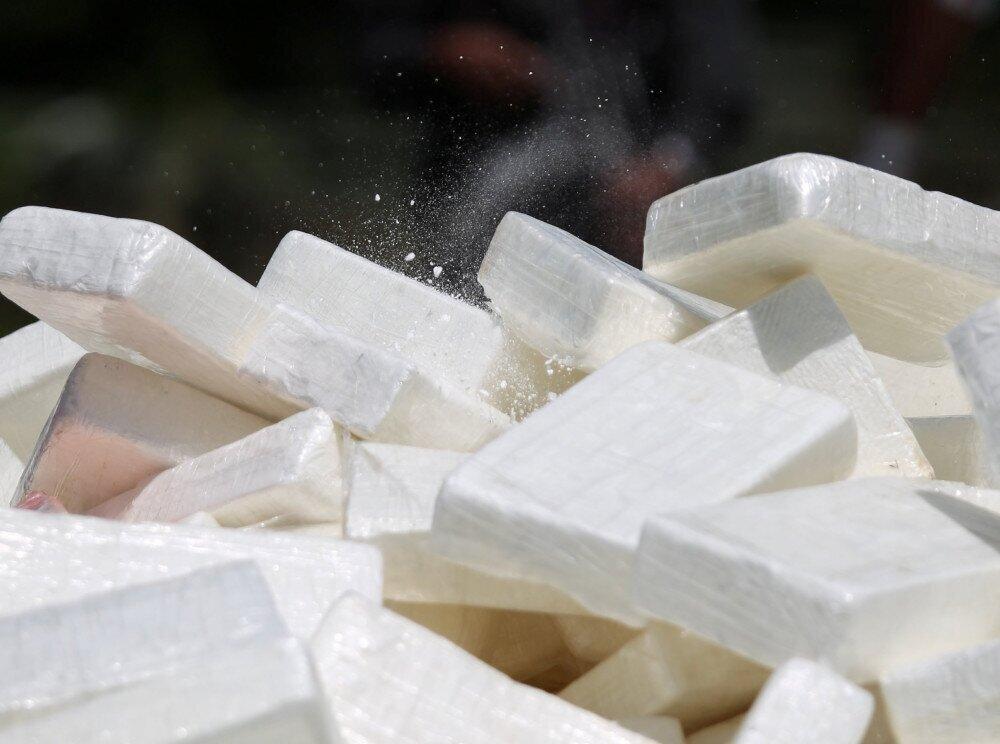 Albania’s Special Prosecution Against Corruption and Organized Crime, SPAK, on Friday said they had seized 430 kilograms of cocaine worth 40 million euros that came originally from Colombia through Pireus in Greece, continuing to the Port of Bar in Montenegro and having its final destination in Albania.

According to SPAK, the drug haul was a result of collaboration with Montenegrin authorities and had been coordinated by “some foreign law enforcement agencies”.

The shipment of supposed “chemical tin” reached Albania in September in a lorry driven from Montenegro.

“In the interest of the criminal proceedings, the Special Prosecution Office, besides investigative actions, accepted a request of the Montenegrin justice authorities to authorize the simulated action of ‘controlled delivery’,” SPAK said.

This was done “with the aim of documenting suspected criminal activity and identifying the group of people who organized and financed … the purchase of the suspected quantity of the cocaine-type narcotic substance in Colombia and enabled its transportation to Albania”.

It added that the value of the seized cocaine was 40 million euros.

Montenegrin media reported on Thursday that, back in July, in the Port of Bar, Montenegrin customs found a suspicious shipment of fertilizer.

Analysis in a forensic centre showed it was mixed with cocaine – but police decided not to seize it but wait for the person who ordered it, and then track it to its final destination.

The Montenegrin Interior Ministry and Police Directorate have made no official comment yet on the seizure.

But on Thursday, the former head of Montenegrin Customs, Rade Milosevic, said the “fertilizer” was ordered by a person from Albania.

“We ordered a scan of the container and the scanner did not show anything questionable. But we asked the police and the Forensic Center to do a laboratory analysis, which showed that cocaine was decomposed in the fertilizer,” Milosević told the daily paper Vijesti.

Montenegro sits on a well-trodden route for drug smugglers trying to reach lucrative markets in Western Europe. In the last eight years, the country made three major seizures of cocaine found hidden in banana shipments.

On January 12 this year, Montenegrin police seized more than 400 kilograms of cocaine in the capital, Podgorica, after workers in the Voli company’s warehouse found the packages hidden in a banana shipment.

On August 27, 2021, police seized 1,206 kilograms of cocaine in the village of Mojanovici in the Zeta district, near Podgorica, where drugs were found, again hidden in a banana shipment.

In June 2014, customs officers in the country seized 250 kilograms of cocaine smuggled inside another shipment of bananas, in what was described then as the biggest drugs haul ever in the country.

Durres Port in Albania is, like Bar in Montenegro, a known hub for cocaine smuggling. In June this year 45.5 kilogram of cocaine was seized in a container at the port.

On June 18, 2021, about 300 kg of suspected cocaine was found inside a truck coming from North Macedonia. In 2018, Albanian police found more than 613 kilogram of heroin hidden in a banana container coming from Colombia. The drugs were transiting from Malta and Italy, BalkanInsight reports.