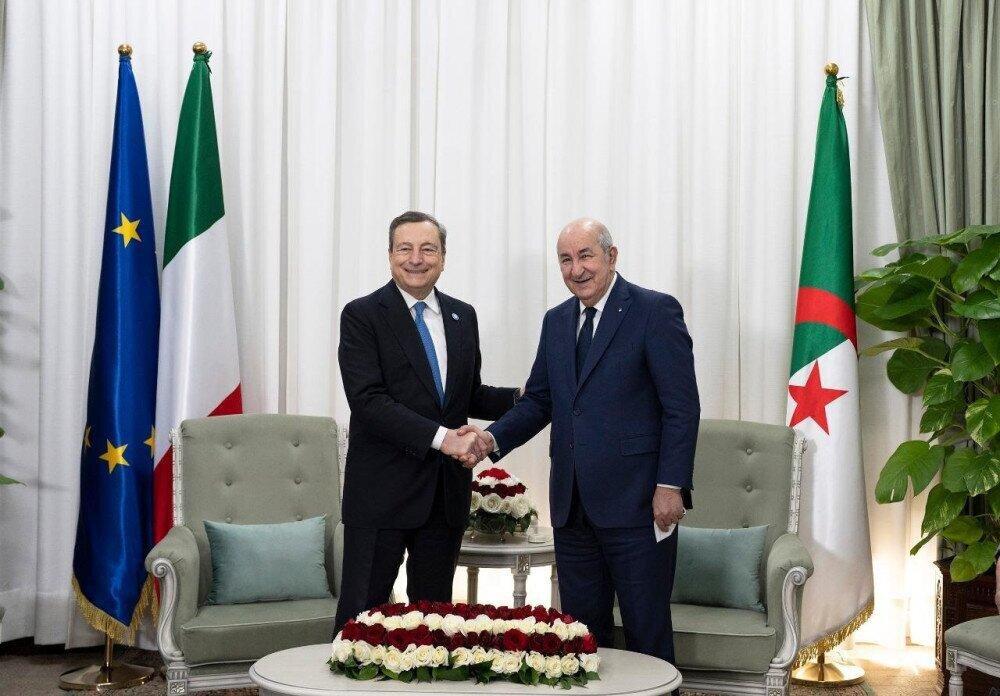 The Italian government has finalised a major energy deal with Algeria, amid fears over the risk of a potential Russian gas cut-off.

The details of the new partnership were announced in Algiers on Monday, during a joint press conference by Italy's prime minister Mario Draghi and Algerian president Abdelmadjid Tebboune.

It is the first step toward a broader energy collaboration between the two countries, which will also involve procurement of "green hydrogen, as well as solar, wind and geothermal energy," Draghi said.

The Italian delegation featured a range of high-ranking ministers - including foreign minister Luigi Di Maio, who hailed the Italian government's efforts to address the energy crisis.

Monday's however trip came at a precarious time for Draghi, who had to cut it a day short because of political troubles at home.

A key partner in his pandemic unity government, the populist 5-Star Movement, boycotted a confidence vote in the senate last week on an energy costs relief bill, jeopardising the survival of the 17-month-old government.

Draghi tendered his resignation following the vote, but it was rejected by President Sergio Mattarella in the hope he would find a consensus to stave off early elections at a time of international tumult and economic tension.

The political turmoil has forced Draghi to reduce his Algeria visit from two days to just one.

Amid concerns that payments for Russian gas and oil are funding President Vladimir Putin’s war in Ukraine, Europe is trying to stop its reliance on Russian natural gas imports in anticipation of a potential Russian cut-off in retaliation for EU sanctions.

Prior to the war, Russia provided Italy about 29 billion cubic meters of gas per year, compared with about 23 billion from Algeria. Already this year Algeria has delivered 13.9 billion cubic meters to Italy via the Trans-Mediterranean pipeline, a 113% rise over forecasts, according to Algerian energy giant Sonatrach. Algeria on Friday announced a 4 billion cubic-meter increase in planned supplies for the months ahead.

Italy is especially dependent on natural gas to generate electricity, heat and cool homes, and power its industry. Italy has also been reaching out to other energy-producing nations to secure alternate sources, including Azerbaijan, Qatar, Congo, Angola and Mozambique, Euronews reports.