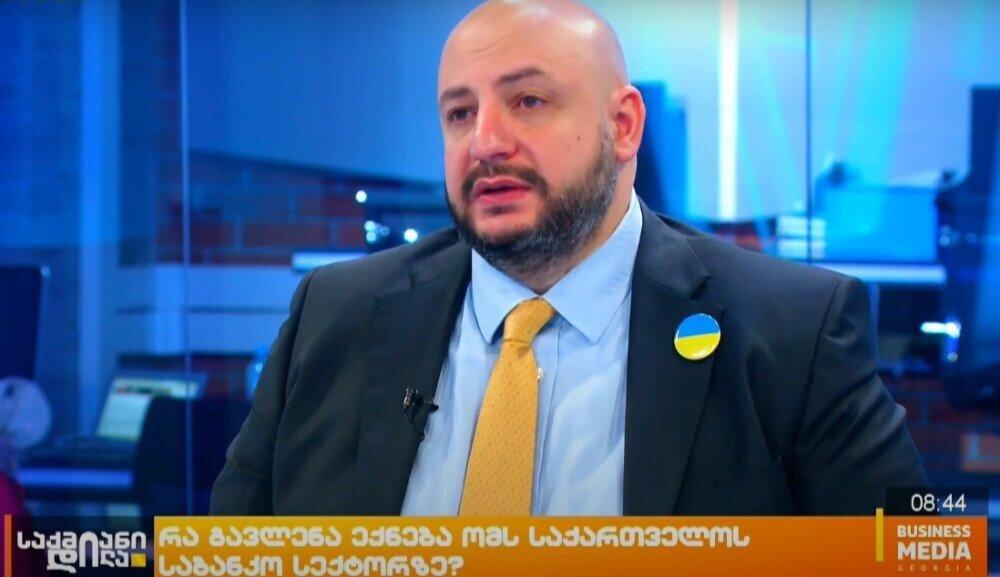 Aleksandre Dzneladze, President of the Banking Association of Georgia (BAG) evaluates the impact of Western sanctions on Russia over the start of the war with Ukraine with TV-Program Business Morning.

Due to the ban of some Russian banks from the international SWIFT system, banking sector of all countries, including Georgian are restricted to make transfers to the banks, which are sanctioned through the SWIFT system.

The President of BAG explains, that SWIFT system is not the only way to make international transfers and it is possible to create an alternative, but all commercial banks will try to avoid relations with Russian sanctioned banks.

According to him, Georgian banking system is in solidarity with the Ukrainian people and is quickly adapting to the current changes and newly imposed sanctions.