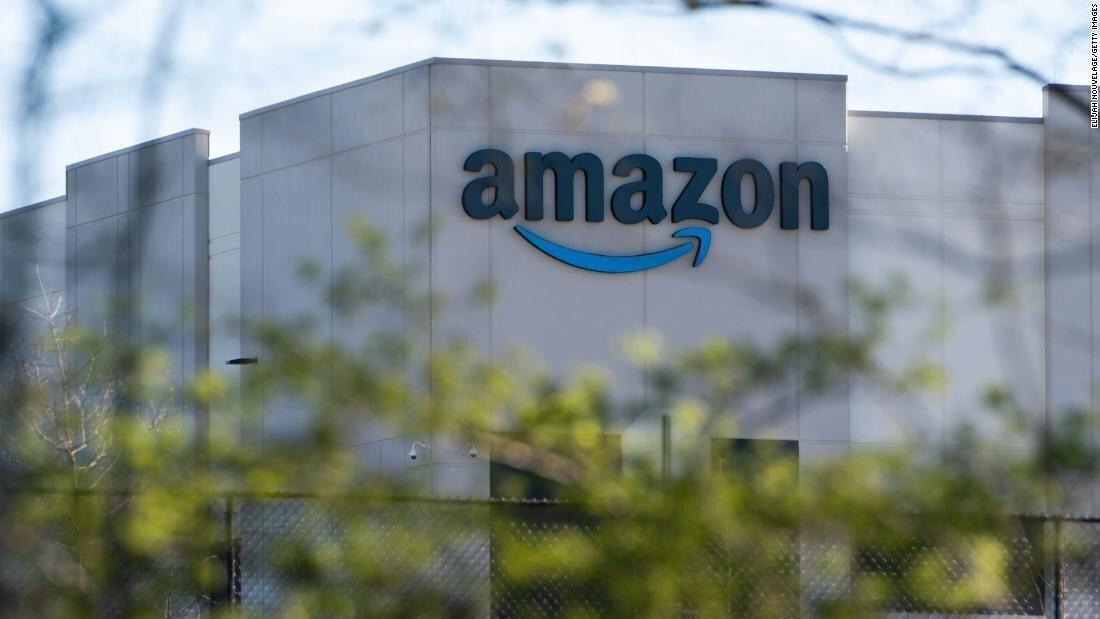 Back
Amazon has soundly defeated a landmark union drive that would have established the company's first US union, but labor advocates are hopeful that the high-profile fight will nonetheless be successful in spurring support for broader change.
In the final vote tally, 1,798 workers at the Bessemer, Alabama, warehouse voted against unionization while 738 voted to unionize.
The union behind the drive said that it intends to file objections and unfair labor practice charges with the labor board, but it has also said that Amazon took advantage of a broken system, one that is stacked in the favor of employers.
This sentiment is one that could fuel support for the union-friendly Protecting the Right to Organize (PRO) Act, reintroduced by Democrats this year and passed in the House. It includes provisions that would make it easier for workers to form unions, and it would empower the National Labor Relations Board to levy fines against employers for labor rights violations, a power it currently lacks.
"The election in Bessemer demonstrated that under current labor law it is almost impossible for workers to unionize. There will be growing pressure on lawmakers to redress the balance and allow workers to win a voice on the job," Rebecca Givan, an associate professor at Rutgers School of Management and Labor Relations told CNN Business. "The PRO Act is a path to supporting the rights of working people, and politicians who claim to be on the side of working people will be asked to show this support by fixing our broken labor law."
The Bessemer union effort received national attention, with celebrities and politicians -- including President Joe Biden -- lending support to the workers driving the effort. The spotlight put on full display the tactics deployed by Amazon to convey its stance, some of which would be prohibited if the PRO Act passed.
Prior to the election, which took place by mail due to the pandemic and spanned nearly two months, Amazon's counter union efforts included pulling workers into one-on-one meetings on the warehouse floor and requiring them to attend group meetings during which the company relayed its anti-union stance (known as captive audience meetings) every few shifts, workers and the union previously told CNN Business.
It launched an anti-union website that warned against paying dues, despite the fact that Alabama is a right-to-work state, so workers who didn't support the union would not have been required to join the union or pay union dues. The company also sent numerous text messages to workers pushing a "no" vote. When asked about its anti-union campaign, an Amazon spokesperson said the company "provided education that helps employees understand the facts of joining a union."
For its part, Amazon issued a lengthy statement after the results of the tally Friday stating that claims it won because it intimidated workers are untrue: "Our employees heard far more anti-Amazon messages from the union, policymakers, and media outlets than they heard from us. And Amazon didn't win—our employees made the choice to vote against joining a union."
But Stuart Appelbaum, president of the Retail, Wholesale and Department Store Union which organized the drive, told CNN Business on Friday that he sees it differently. "There are no real consequences," he said, referencing the NLRB's inability to impose traditional fines on employers. "The PRO Act would provide consequences and make it much more difficult for Amazon to do what it did."
"People were amazed to learn about captive audience meetings and what it is employers are able to do, and it demonstrates the need why those are inappropriate pressure they put on individuals," added Appelbaum, noting that President Biden's speech in support of the Bessemer workers importantly signaled that union efforts should be about the workers' choice, not the employer.
"There should be no intimidation, no coercion, no threats, no anti-union propaganda," Biden said in late February.
Union-backers cast Friday's election defeat as part of a sweeping beginning, not an end. Appelbaum said the RWDSU has been in touch with other Amazon workers around the country, implying future clashes with Amazon may be ahead. He predicted the Bessemer workers will eventually vote again someday and likened the organizing effort to the civil rights movement.
Michigan Congressman Andy Levin, a former labor organizer, said in a statement Friday that Amazon "won recognition as the very symbol of corporate oppression of worker voice, of income and wealth inequality, and of the dehumanization of work. They won themselves a battle to help Amazon workers organize not just in Bessemer but nationwide."
"Without knowing it, they are igniting a movement to pass the Protecting the Right to Organize (PRO) Act," he added.
At least one of Amazon's Bessemer workers who voted in support of the union sees the silver lining. At a union press conference following the final results Friday, Emmit Ashford still had hope for the future.
"We had to lose this election in Bessemer for people across the United States to succeed," he said. "Our time will come around again, and next time, we will win."
Source: CNN
Amazon