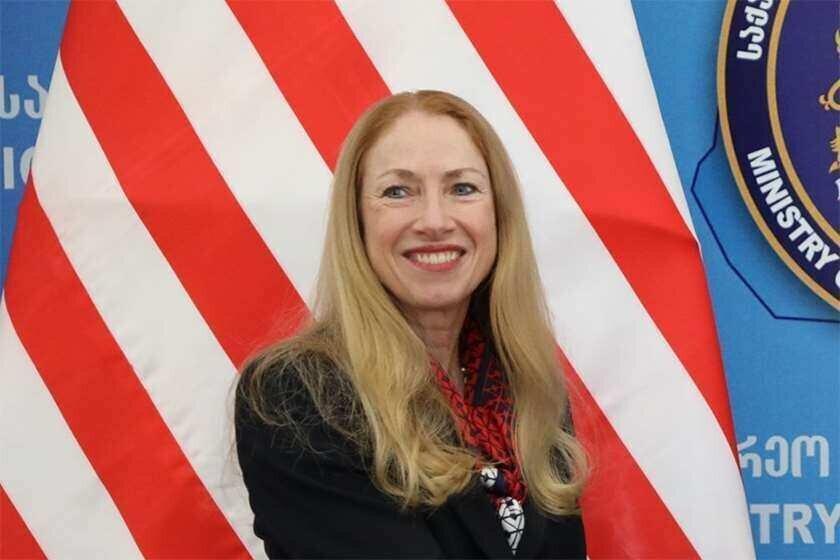 Ambassador Kelly C. Degnan offers heartfelt congratulations to the people of Georgia on the 102nd anniversary of Georgian Independence.

US Embassy posted a greeting video on its Facebook page.

“On behalf of the United States Embassy, I am pleased today to offer my heartfelt congratulations to the people of Georgia on your Independence Day.

Georgia and the United States share a deep love of freedom and equality, two core values that are reflected in the 1918 Act of Independence and that the Georgian people continue to cherish. The Act guarantees equal political rights to every Georgian citizen, irrespective of nationality, creed, social rank, or gender. These principles are familiar to every American, as well. Georgians and Americans alike have fought and died for freedom, independence, and equality.

The friendship between our nations remains deep, rich, and strong because it is based on shared values we both hold dear – liberty, democracy, tolerance, and hard work.

As partners for almost 30 years, we celebrate Georgia’s progress on its democratic path. And as Georgia’s steadfast friend, today we celebrate with you your freedom and independence, ” – the statement reads.

Government to subsidize the 2020 grape harvest – minimum price of Rkatsiteli, Kakhuri Mtsvane will be 80 tetri

EBRD unveils proposal to be majority green bank by 2025