Archil Talakvadze: Compared to 2016, the Support of Our Political Party Has Increased 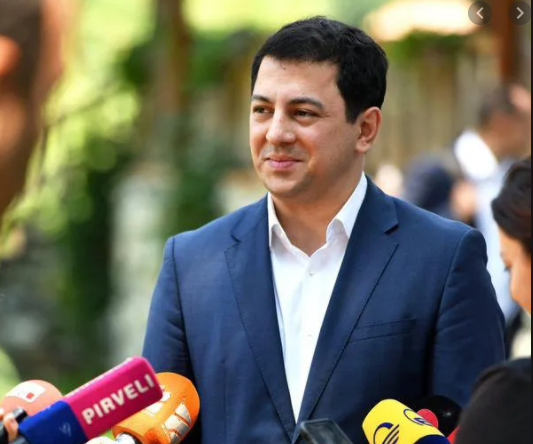 Back
Based on the polls, Parliament Speaker Archil Talakvadze says that the ruling party will win the current parliamentary elections convincingly and that the Georgian Dream will have 55% -60% support from the citizens.
Talakvadze says that after the 2016 elections, the ruling team has much more support. He spoke about the ruling party's achievements, due to which the society still trusts the "Georgian Dream" with the future of the country.
"According to all authoritative surveys, the Georgian Dream's support varies from 55 to 60%. Therefore, we expect that society will support us very convincingly.
For years, the Georgian Dream has stood by the citizens. We are grateful that today our fellow citizens stand by us, by the state, and for its better future.
In 2012, the Georgian Dream had much higher support than it was reflected in the elections because there were election fraud and pressure on the citizens. We were able to win and ensure peaceful change, so that election should not be compared to the 2016 or 2020 elections.
Compared to 2016, the support of our political party has increased. All research confirms this. This is because the Georgian Dream has a much stronger team today. Citizens properly appreciate the work done by us. This includes: peace, stability, caring for people, protecting their rights, freedom of business, new infrastructure, and success in foreign policy.
Our citizens are interested in the future, and our political team is the one that ensures better future and progressive peace," - said Archil Talakvadze after leaving the polling station.
The Speaker of the Parliament states that "the Georgian Dream's goal is to convincingly win in the first round. However, the possibility of the second round was not ruled out.
"Our goal is to win convincingly in the first round everywhere, but the second round is also part of democracy. "If we need a second round in exceptional cases, of course, we will be involved in a fair fight in the second round as well," Talakvadze said.
Archil Talakvadze Elections2020