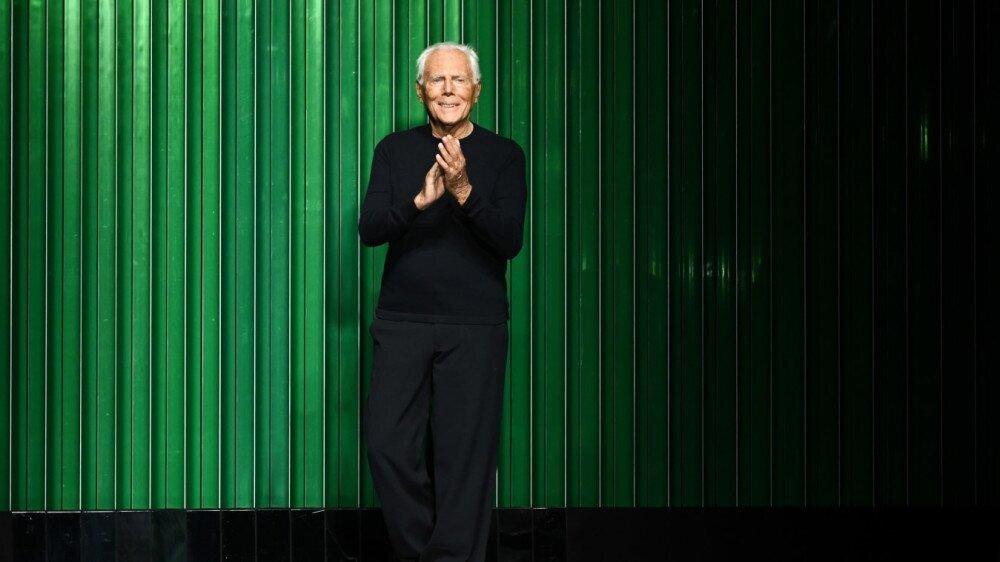 Giorgio Armani switched off the music to hold his Milan fashion show in silence on Sunday, out of respect for the people caught in the Ukrainian conflict.

Models strutted down the catwalk in an eerie quiet, interrupted by applause from the audience, wearing short jackets in pastel hues and shiny, sequined black and silver dresses.

"My decision not to use any music was taken as a sign of respect towards the people involved in the unfolding tragedy in Ukraine," read a post across a black banner on the fashion designer's Twitter account.

"The best thing to do is send a message that we don't want to celebrate because something very disturbing is happening around us," the 87-year-old designer, visibly moved, later said on the sidelines of the show.

Designs from Armani's main line traditionally bring down the curtain on Milan's fashion week, which this season hosted mainly in-person catwalk shows rather than digital presentations, including by the likes of Prada, Gucci and Dolce & Gabbana.