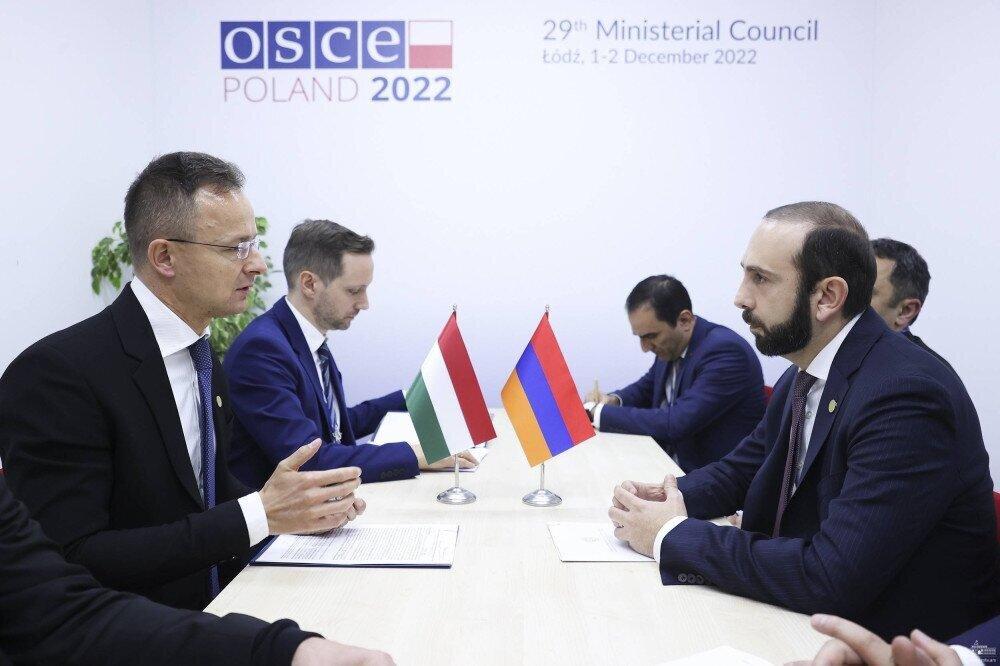 Armenia and Hungary officially agreed on Thursday to restore their diplomatic relations frozen by Yerevan a decade ago.

Armenia’s former leadership cut those ties in 2012 after the Hungarian government controversially extradited to Azerbaijan an Azerbaijani army officer who hacked to death a sleeping Armenian colleague in Budapest in 2004. The officer, Ramil Safarov, whom a Hungarian court sentenced to life imprisonment in 2006, was pardoned, rewarded and promoted by Azerbaijani President Ilham Aliyev on his return to Azerbaijan.

The Hungarian government claimed to have received prior assurances by Baku that Safarov would serve the rest of his life sentence in an Azerbaijani prison. Yerevan dismissed that explanation.

Hungarian Prime Minister Viktor Orban had travelled to Baku and met with Aliyev two months before Safarov’s release. Orban has long maintained a warm rapport with the Azerbaijani leader.

Armenian Foreign Minister Ararat Mirzoyan and his Hungarian counterpart Peter Szijjarto announced their governments’ decision to restore diplomatic ties after meeting on the sidelines of an OSCE ministerial conference held in the Polish city of Lodz.

In a joint statement, they said the move will “open a new page in Armenian-Hungarian relations.” They noted the “common Christian heritage” of the Armenian and Hungarian peoples.

Unlike other European Union member states, Hungary has openly supported Azerbaijan in the Nagorno-Karabakh conflict. The Hungarian Foreign Ministry reaffirmed that support three days after the outbreak of the 2020 Armenian-Azerbaijani war in Karabakh, RFE/RL Armenia reports.