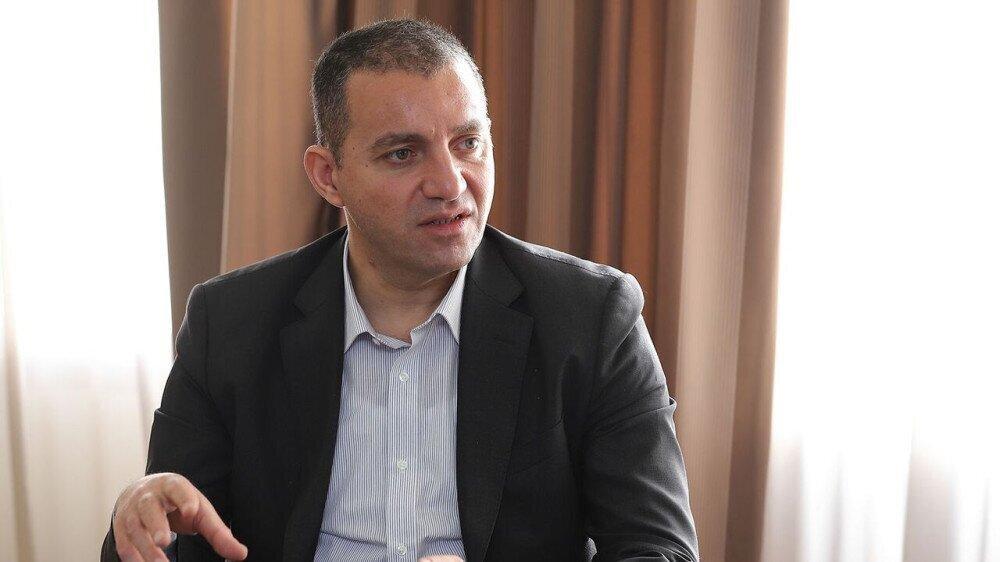 Armenia's Economy Minister Vahan Kerobyan described the 12-month inflation of 8.5% in late April 2022 as a 'fantastically good result' against the backdrop of skyrocketing prices across the globe.

However, speaking to reporters, the minister agreed that the inflation in Armenia is visible to the naked eye.

According to the National Statistical Committee (NSC), the 12-month consumer inflation in April 2022 amounted to 8.4%. Kerobyan said earlier that the country's economy would grow this year by 7 percent.

"The naked eye should see record high inflation not only in Armenia, but around the world. In the U.S., inflation has exceeded 8%, the highest over the last 50-60 years. The situation is similar in Europe. That is to say, this is not a purely Armenian phenomenon, but a global one. It is a fantastically good result to have 8.5% inflation in Armenia in such an environment," said Kerobyan.

However, he said, this does not mean that the authorities in Armenia are happy with this result.

"The government's work is aimed at ensuring that the additional economic result is distributed to people so that it is felt by everyone. It can't be done in one step, and the government is very restrained and cautious in increasing its current spending," he said.

The minister added that the amount of current expenses in the budget increases sharply, for example, in a year they may grow by 300 billion drams 'and all these sums are usually directed to solving social problems, first of all", Kerobyan said.

According to NSC, Armenia's economic activity index (EAI) in the first 4 months of 2022 registered a 9.4% year-on-year growth.