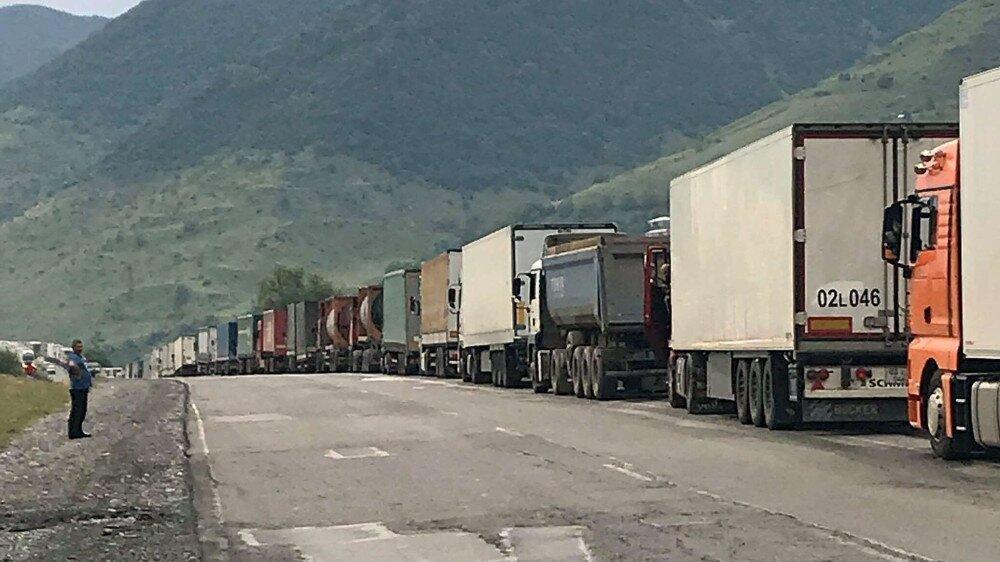 In July 2022, the total amount of freight that went through the Upper Lars checkpoint on the Georgian-Russian border to and from Armenia increased by only 10% compared to June, but this growth is not enough to eliminate long queues of trucks at the border crossing, Economy Minister Vahan Kerobyan said a press briefing today.

"We continue working with our Russian colleagues to increase the capacity of the Upper Lars in both directions," Kerobyan said.

According to the minister, after the opening of a new customs clearance area for Armenian vehicles at this checkpoint, the authorities expected the physical capacity of the cargo to increase by at least 30%, but that did not happen.

As Kerobyan noted, different options are being considered to solve the problem of queues at the border – including air, ferry, road and other routes.

"Armenia has no alternative to not having a ferry service. We need to work on improving Armenia's logistical connections not only in the north, but also in the south, west and east," he said.

The only overland route connecting Armenia and Russia passes through the Upper Lars checkpoint. In summer when the number of trucks transporting fruits, vegetables, and other perishable goods to Russia increases dramatically, huge lines are formed at the border checkpoint, ARKA reports.