As a result of fire at Varketili open market, up to 4000m2 storage area burns down 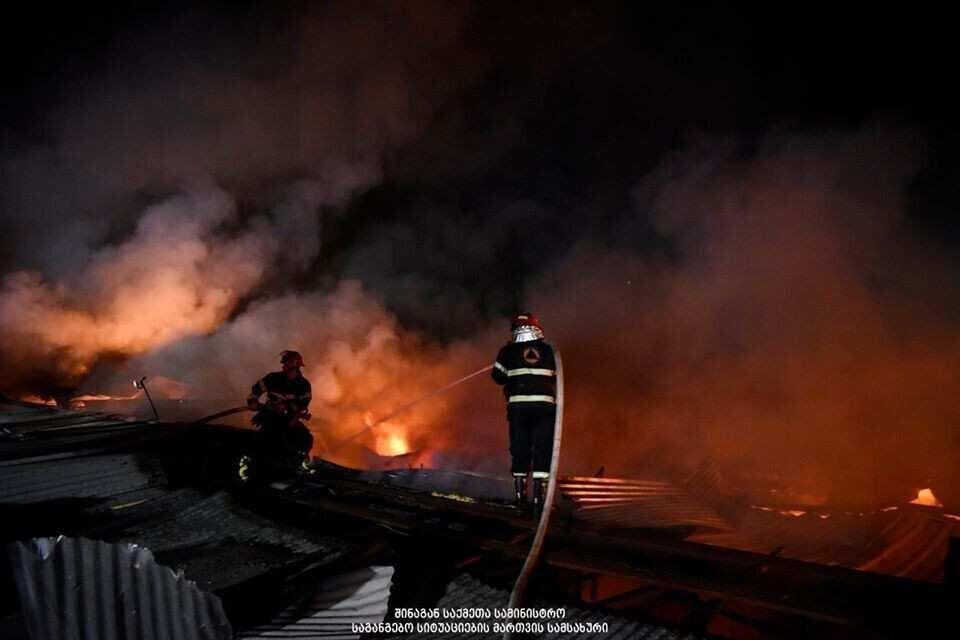 According to the head of Tbilisi Fire and Rescue Division, Otar Kereselidze, the fire at the Varketili open market is fully extinguished at the given moment.

"The fire has been liquidated for now. Up to 4000m2 storage area has been burned, as a result of the fire. Three fire lorries still remain on the site for security purposes. The firefighters and rescue squad had to work throughout the entire night. As for the injuries, we don't have any information about the confirmed case yet", - stated Otar Kereselidze.

As for the causes of the fire, Kereselidze states that the corresponding authorities are working on the site.

"We can't say what caused the fire yet. The corresponding authorities are working on the site and they will examine the causes. The fire supposedly erupted in the middle part. We had information that there were inflammable substances and as well as fireworks on the site, in addition, there is a gas station beside the market. There were several fire spots", - stated Kereselidze.