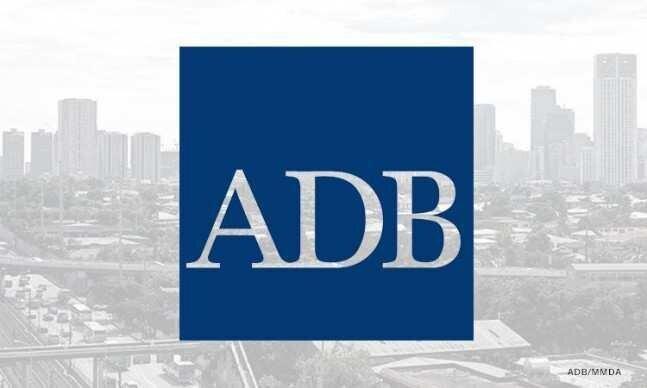 Economic growth in developing Asia remains robust but prospects have further dimmed and risks to the region’s economies are rising as trade and investment weaken, according to Asian Development Outlook (ADO) 2019 Update, the Asian Development Bank’s (ADB) flagship economic publication.

The report forecasts economic growth in the 45 countries of developing Asia at 5.4% this year before nudging up to 5.5% in 2020. The newly lowered forecasts reflect gloomier prospects for international trade due in part to escalating trade tensions between the People’s Republic of China (PRC) and the United States (US), as well as slowing economic growth in advanced economies and the large economies of developing Asia, including the PRC, India, the Republic of Korea, and Thailand.

Excluding the newly industrialized economies of Hong Kong, China; the Republic of Korea; Singapore; and Taipei,China, developing Asia is forecast to expand by 6.0% this year and next year.

“The PRC–US trade conflict could well persist into 2020 while major global economies may struggle even more than we currently anticipate. In Asia, weakening trade momentum and declining investment are the major concerns,” said ADB Chief Economist Mr. Yasuyuki Sawada. “These are all issues that policymakers must monitor closely.”

The prospects for growth vary across the subregions of developing Asia. The slowdown in global trade coupled with a sharp downswing in the electronics cycle has pulled down forecasts for the PRC and the more open economies in East and Southeast Asia. ADO 2019 Update forecasts the PRC economy to expand 6.2% this year and 6.0% next year. East Asia as a whole is expected to grow 5.5% in 2019 and 5.4% in 2020, while Southeast Asia is seen expanding 4.5% and 4.7%, respectively.

Weaker investment prior to the April–May general elections as well as tighter credit is weighing on India’s growth outlook this year, with gross domestic product (GDP) now expected to expand 6.5% in 2019 before ticking up to 7.2% growth in 2020. South Asia as a whole is seen growing 6.2% and 6.7% in 2019 and 2020, respectively.

With public spending stimulating the economies of Kazakhstan and Uzbekistan, Central Asia’s economic growth is forecast at 4.4% this year and 4.3% next year. Meanwhile, Papua New Guinea’s recovery from an earthquake is helping to boost growth in the Pacific subregion to 4.2% this year before moderating to 2.6% next year.

The report notes that an escalation and broadening of the PRC–US trade conflict may reshape supply chains in the region. There is already evidence of trade redirection from the PRC toward other economies in developing Asia such as Viet Nam and Bangladesh. Foreign direct investment is following a similar pattern.

Public and private debt has risen in developing Asia since the 2008–2009 global financial crisis with debt-to-GDP expanding around two-thirds over the last two decades. The report notes that rapid debt buildup can be a danger to financial stability and urges policymakers to remain vigilant.

Inflation has ticked up largely due to rising food prices in the region, including in the PRC as African swine flu has pushed up meat prices. The report predicts headline regional inflation of 2.7% in both 2019 and 2020.

ADB is committed to achieving a prosperous, inclusive, resilient, and sustainable Asia and the Pacific, while sustaining its efforts to eradicate extreme poverty. In 2018, it made commitments of new loans and grants amounting to $21.6 billion. Established in 1966, it is owned by 68 members—49 from the region.