Avtandil Tsereteli: seizure – in the evening, while court hearing is scheduled in the morning, this is the moral of this government 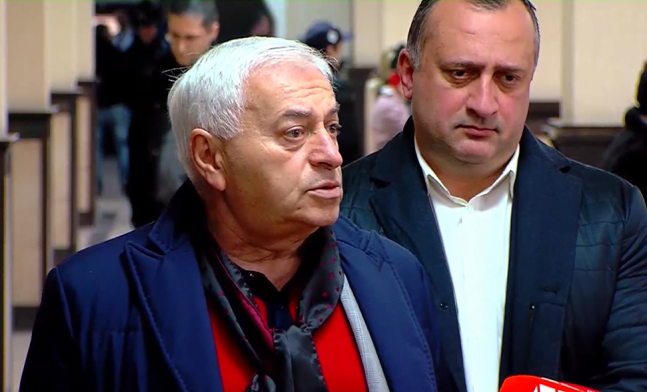 “I will say one thing: seizure in the evening, while the court hearing is scheduled in the morning. I relate it to TV-company "Pirveli”. This is the moral of our government”, Businessman Avtandil Tsereteli made a statement to the reporters before the court hearing on the Khazaradze-Japaridze case.

To note, the Prosecutor's Office has officially charged the founders of JSC TBC Bank in July, 2019. The two are accused of laundering a total sum of 16.7 million USD. The matter concerns to the banking operation, which took place in 2008. Avtandil Tsereteli, father of TV Pirveli’s holder, is also associated with the case.

In August this year, the court upheld the prosecution's motion to seize Mamuka Khazaradze and Badri Japaridze's bank accounts. The prosecution called the measure "the seizure of equivalents of criminal proceeds."