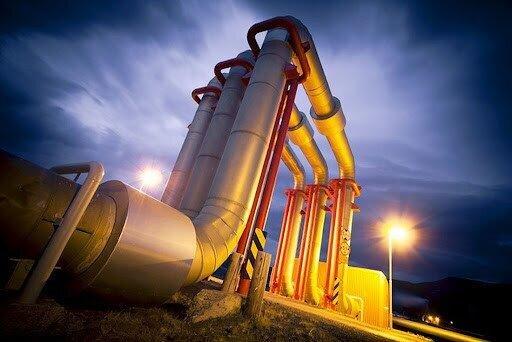 Back
Azerbaijan has agreed to boost its natural gas supplies to Turkey with an additional 3.5 billion cubic meters (bcm) as of 2023, according to its energy minister.
Parviz Shahbazov's remarks come after Turkey recently agreed to a three-year contract with Azerbaijan to import up to 6 bcm per year, following the expiry of a 15-year contract, Daily Sabah reports.
Under the agreement that expired this April, Turkey annually received 6.6 bcm of gas from the Shah Deniz gas field in the Azerbaijani sector of the Caspian Sea via the Baku-Tbilisi-Erzurum pipeline.
Azerbaijan is planning to increase gas exports to Europe and Turkey by up to 16 bcm in 2022, Shahbazov told reporters on the sidelines of the Russian Energy Week.
Of that, 6 bcm will be shipped to Turkey, while the rest is will be transported to Europe.
Azerbaijani gas is delivered to Turkey through the South Caucasus Pipeline and the Trans-Anatolian Natural Gas Pipeline (TANAP).
Turkey’s Energy Minister Fatih Dönmez said the country was holding negotiations for additional resources to meet the gas demand that will soar in winter.
The nation is bracing for record natural gas demand this year, which has pushed it to rev up efforts to renew long-term contracts expiring this winter.
One of the largest gas importers in Europe, Turkey depends on pipeline gas from Russia, Azerbaijan and Iran, as well as LNG imports from Nigeria, Algeria and spot markets.

It had four long-term import contracts expiring this year, totaling 16 bcm annually.
It has renewed the one with Azerbaijan, which still leaves it with three contracts to roll over – two for state and private sector imports via pipelines from Russia’s Gazprom of 4 bcm each, which expire at the end of the year, and 1.3 bcm of Nigerian LNG expiring this month.
A drought this year curtailed hydroelectric power, putting idled gas power plants back online, which is expected to drive Turkey’s consumption up to an expected record of 60 bcm of gas.
It marks a noteworthy rise from 45 bcm to 50 bcm that the country consumes each year and for which it pays between $12 billion (TL 108.02 billion) and $15 billion. Turkey imported 48.1 bcm of gas last year, up 6% from a year before, a third of which came from Russia.
Turkey gas export