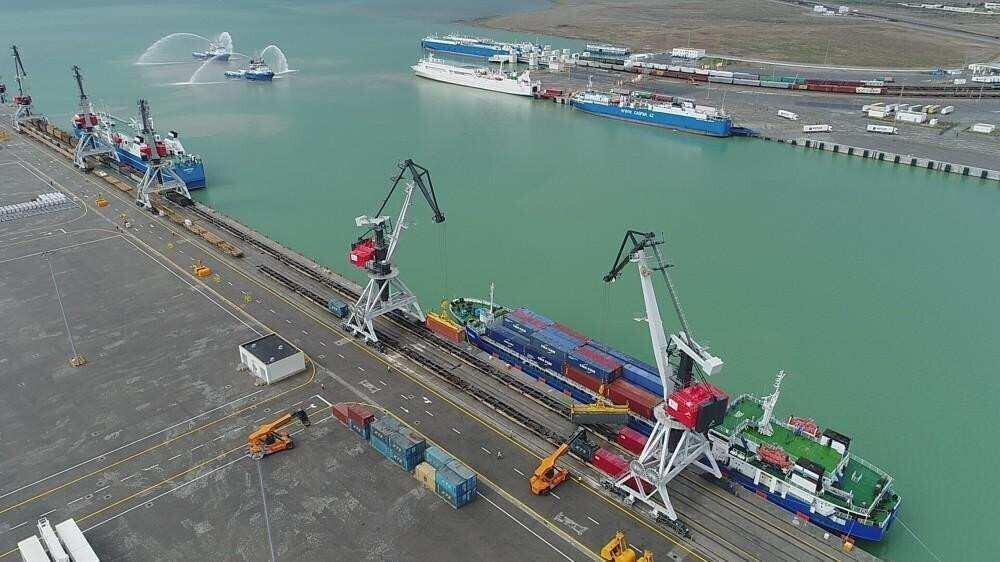 Karimov made the remark speaking at the ‘Eurasian Knot and the growing role of the Middle Corridor during the COVID-19 pandemic’ international webinar.

These transport corridors not only provide communication between countries without access to international waters, but also play a very important role in providing access to European markets, said Karimov.

“Cooperation between corridors enhances interregional trade. Currently, the ‘Middle Corridor’ is considered the safest and shortest route between Europe and Asia. This corridor is also very important for countries without access to the ocean such as Azerbaijan, Turkmenistan, Uzbekistan and Afghanistan, which ensures their access to global markets,” Karimov said.

From January through June 2020, the volume of cargo handling in the Baku port amounted to 2.5 million tons, which is 27 percent more compared to the same period of 2019, said Karimov.

In the first half of 2020, the largest increase was recorded in the transshipment of dry cargo through the Baku International Sea Trade Port CJSC - up to 401,000 tons. During this period, the share of large vehicles (trucks) increased by 14.4 percent to 17,173 units. Of these, 11,776 units or 68.6 percent passed through the Baku-Turkmenbashi-Baku route, and 5,397 units or 31.4 percent) - along the Baku-Kuryk-Baku route.