BBC - Rugby fan travels from Georgia to Scotland by bike 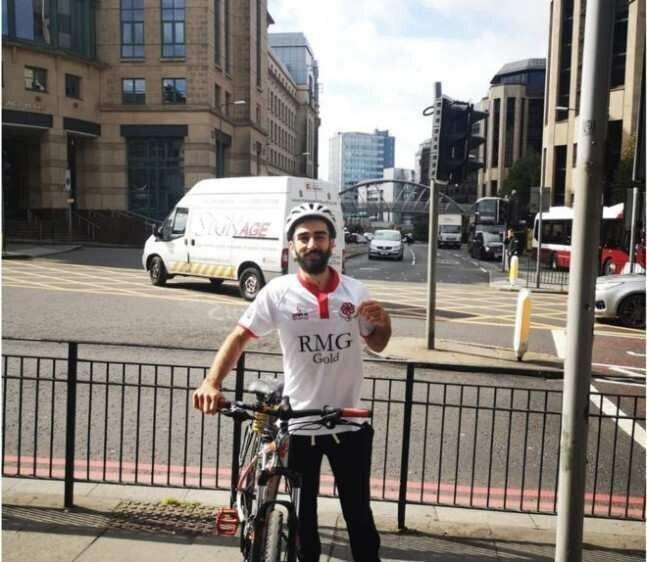 This article was first published on BBC.com

Sports fans will go to great lengths to follow their teams but one rugby fan has gone the extra mile.

Sandro Datishvili has cycled all the way from Tbilisi to Edinburgh to watch Scotland take on Georgia in in their Rugby World Cup warm-up match.

Sandro, 25, an architecture student in Tbilisi, had never travelled long-distance on a bike before. 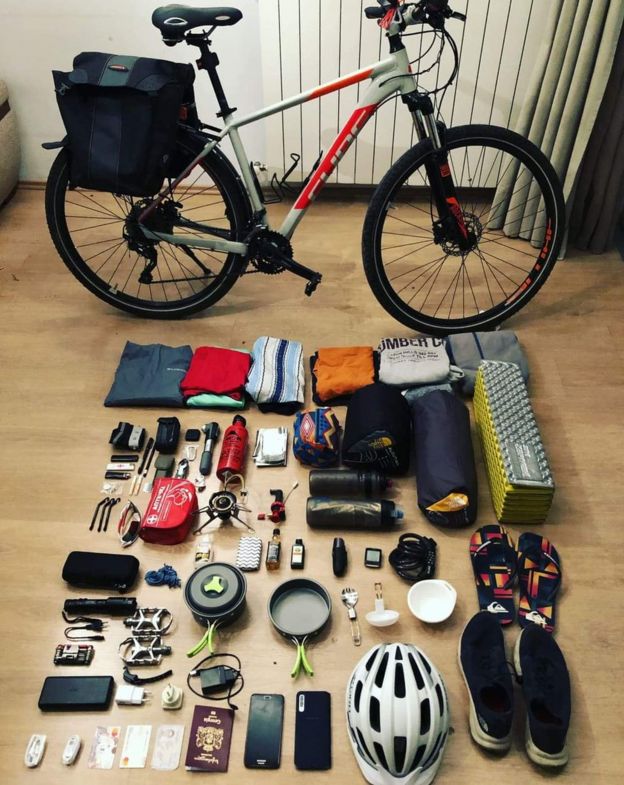 A massive rugby fan, he was inspired by footage of Scottish rugby and football fans a visiting Georgia for previous matches.

He noticed that relatively few Georgian fans would travel abroad with the national rugby team and he wanted to show other supporters what was possible.

He told the BBC Scotland News website: " In Georgia, rugby is a very popular sport but Georgians don't really support their team in other countries.

"I wanted to show that we can support our team anywhere and this was a big game - the last before the World Cup."

Sandro left Tbilisi on 1 June and arrived in Edinburgh on 4 September, ahead of schedule.

At times covering more than 120km per day, he travelled through through Turkey, Greece, Bulgaria, Serbia and Austria.

He slept in a tent and stopped off in the bigger cities for several days.

It was only when he reached Germany that he finally got his visa to enter the UK. He then came through France and then to Edinburgh via London.

His friend, Dachi Khutishvili, who is studying engineering in Edinburgh. said it was a great achievement that Sandro had got to the Scottish capital. 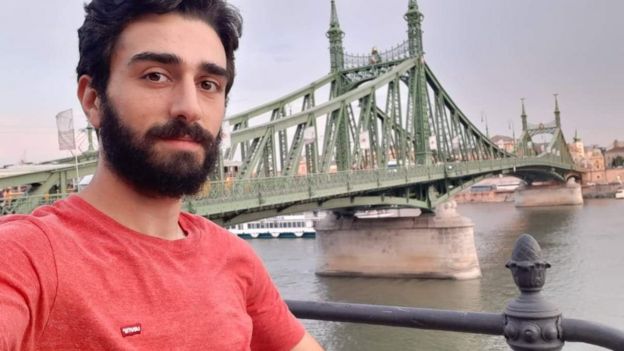 He said: "He has never cycled anywhere before. And he came on a normal bike.

"He thought coming on a plane was too easy and he wanted to do something more to show his support for the team.

"When he arrived the first thing he said was: 'I want a shower'".

Sandro and Dachi will be at Murrayfield for the 19:30 kickoff.

They are hoping to be able to meet the Georgian team after the game and said they were overwhelmed by the reception they received in Edinburgh.

Dachi said: "Sandro can't believe how many Georgian flags we have seen here. He feels so welcome and thinks it shows so much respect. It's two small countries with big cultures and traditions."