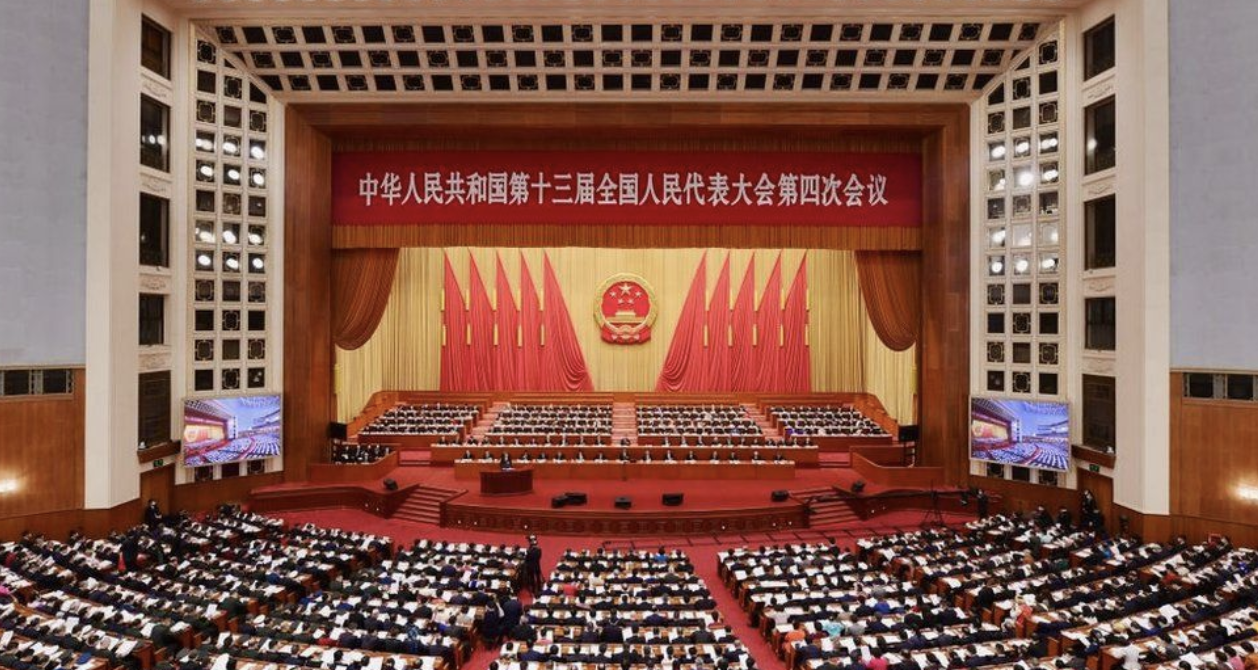 Back
China's top law-making body has unveiled plans to ensure only "patriots" can govern Hong Kong, as Beijing tightens its grip on the city with changes to the electoral system.
Premier Li Keqiang, addressing the National People's Congress (NPC), warned the world not to interfere.
The move follows the imposition of a tough security law.
Critics say Beijing is crushing dissent and removing the "one country, two systems" agreement it made with the UK.
Under the agreement, Hong Kong, a former British colony, was allowed to continue with its own legal system and have rights including free speech and freedom of the press.
Fears that this was being eroded led to huge pro-democracy protests in 2019. Some turned violent and Beijing imposed the National Security Law, which it said would target "sedition" and bring stability.
Thousands of lawmakers have gathered for the annual NPC meeting in Beijing. The rubber-stamp parliament is expected to also discuss and approve economic growth targets and environmental policies from the central government.
What's planned for Hong Kong?
NPC vice-chairman Wang Chen announced to the NPC that changes were needed as "the rioting and turbulence that occurred in Hong Kong society reveals that the existing electoral system has clear loopholes and deficiencies". He said "risks in the system" needed to be removed to ensure "patriots" were in charge.
Premier Li warned that China would "resolutely guard against and deter" interference by external forces in Hong Kong's affairs.
The week-long NPC will discuss the elections issue and no text has yet been made public, although Mr Wang and media sources did set out some areas to be discussed.
The city's heavily pro-Beijing electoral committee would get new powers over the parliament, or Legislative Council (LegCo).
The committee would effectively be able to vet all LegCo candidates and elect many of its members, diluting the number directly elected by the public.
Willie Lam, China analyst at the Chinese University of Hong Kong, told the AFP news agency that if the new NPC measures passed as he expected they would, "then the voice of the opposition will be effectively silenced. This will effectively wipe out any remaining opposition".
It's kind of incredible that the Chinese government felt the need to change what was already an electoral system heavily rigged in favour of the pro-Beijing camp.
With only half the members of the territory's mini parliament directly elected, and the other half installed by political allies, why the change?

What must have spooked the Communist Party was the drubbing handed to them at the hands of pro-democracy candidates at the most recent district council elections - with those advocating democratic reform taking control of all but one municipality.
Now, after the coming electoral "rebuild" is ushered in - and it will be, given that it has been introduced to the rubber-stamp National People's Congress process - there won't be even the pretence of democratic elections in Hong Kong.
An election committee - controlled by Beijing - will not only screen all candidates standing in elections, but also directly appoint "a large proportion" of the Legislative Council.
It will be almost impossible for any candidate advocating democratic change to be elected to office - and that's the way China's senior leadership likes it.
Source: BBC
China Hong Kong