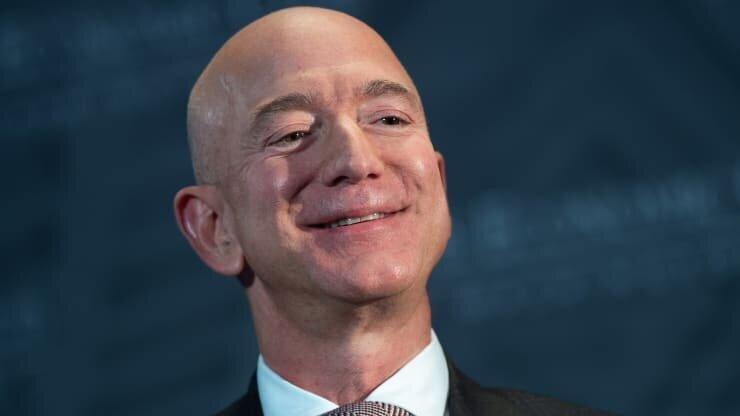 Back
Amazon CEO Jeff Bezos this week sold nearly $2 billion worth of shares in his company, according to filings with the Securities and Exchange Commission compiled by OpenInsider.
Bezos sold roughly $684 million worth of Amazon shares on Tuesday, the filings show, after unloading about $1.27 billion worth of stock on Monday. That means he’s sold about $1.95 billion worth of Amazon shares over the past two days.
The transactions were made as part of a prearranged 10b5-1 trading plan, according to the filings. Representatives from Amazon weren’t immediately available to comment on the latest sale.
The sales come one week after Amazon reported first-quarter earnings results, trouncing Wall Street’s expectations as its business continues to be buoyed by the pandemic-fueled surge in e-commerce activity.
Bezos has accelerated his stock sales in recent years, previously unloading nearly $4.1 billion worth of shares last February. Bezos sold more than $3 billion worth of Amazon shares last November.
The Amazon founder previously said he’d sell about $1 billion in Amazon stock each year to fund his space exploration company, Blue Origin, which continues to grow and on Wednesday announced it will launch its first astronaut crew to space this summer.
Bezos also earmarked additional capital for the Day One Fund, the organization he launched in September 2018 to provide education in low-income communities and combat homelessness. Last November, the fund awarded $98.5 million in grants to 32 groups.
These initiatives are expected to become a greater focus for Bezos once he steps down in the third quarter. Bezos will turn the helm over to AWS CEO Andy Jassy and assume the role of executive chairman on Amazon’s board.
Source: CNBC
Amazon Jeff Bezos