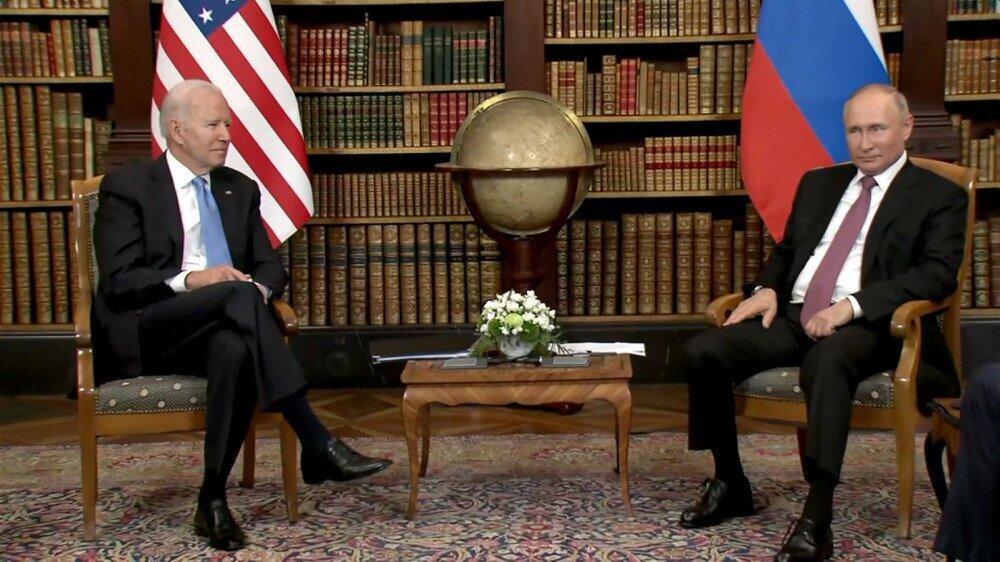 Back
Shaking hands in front of a grand Geneva villa, U.S. President Joe Biden and Russian President Vladimir Putin on Wednesday began their first summit since Biden took office, with deep disagreements likely and expectations of solving them low.
Both have said they hope their talks can lead to more stable and predictable relations, even though they are at odds over everything from arms control and cyber-hacking to election interference and Ukraine.

"We're not expecting a big set of deliverables out of this meeting," a senior U.S. official told reporters, saying the leaders were expected to talk for four or five hours from around 1:30 p.m. (1130 GMT).
Putin and Biden exchanged a few words before going inside.
“I’m not sure that any agreements will be reached,” said Putin’s foreign policy adviser, Yuri Ushakov.
Relations have been deteriorating for years, notably with Russia's 2014 annexation of Crimea from Ukraine, its 2015 intervention in Syria and U.S. charges - denied by Moscow - of meddling in the 2016 election that brought Donald Trump to the White House.
They sank further in March when Biden said he thought Putin was a "killer", prompting Russia to recall its ambassador to Washington for consultations. The United States recalled its ambassador in April.
The senior U.S. official said the United States was looking at "areas where working together can advance our national interests and make the world safer".
Kremlin spokesman Dmitry Peskov said two presidents would "need to determine how to proceed with the heads of the diplomatic missions", according Peskov to Russian news agencies.
While the issues may be vexing, at least the immediate surroundings of Villa La Grange, an elegant mansion set in a 30-hectare (75-acre) park overlooking Lake Geneva, will be serene.
The summit perimeter was, however under heavy police guard.
Ukraine Russia Joe Biden Vladimir Putin United States Global Politics Biden-Putin Summit 2021 Crimea