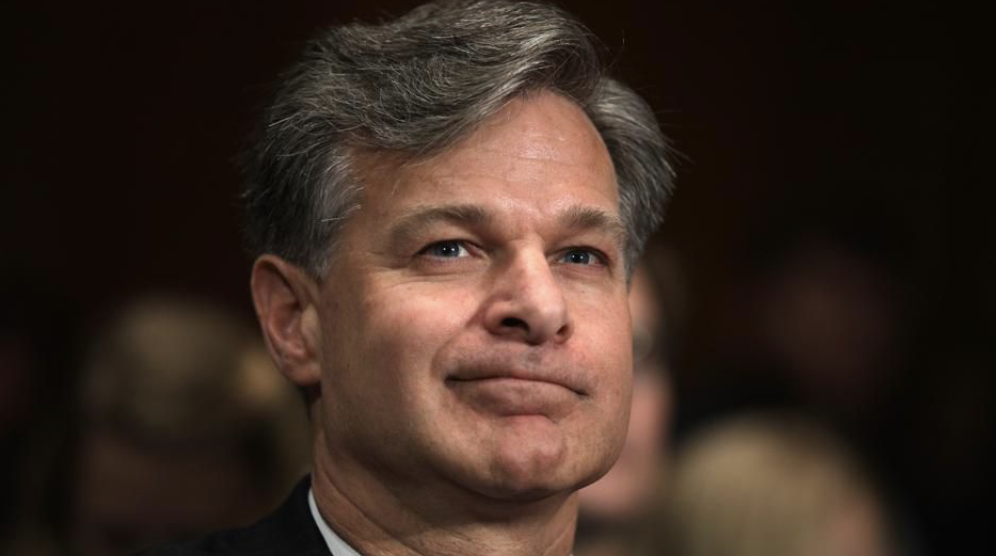 Back
TOPLINE
President Joe Biden will allow FBI Director Christopher Wray to continue leading the agency and will not remove him, the White House confirmed Thursday, after former president Donald Trump reportedly considered firing Wray for not doing his political bidding.
KEY FACTS
Trump appointed Wray in 2017 and the FBI director is serving a 10-year term, though Biden could fire him if he chooses.
CNN first reported that Biden will not seek to fire Wray, confirming reports in December suggesting Biden would keep the FBI head on if he wasn’t fired by Trump first.
“President Biden intends to keep FBI Director Wray on in his role and he has confidence in the job he is doing,” White House Press Secretary Jen Psaki tweeted Thursday, after telling reporters Wednesday she had not yet spoken to Biden about Wray.
Though the FBI role is nonpartisan, Wray has been associated with Republicans in the past, serving in the Justice Department under President George W. Bush and representing former New Jersey Gov. Chris Christie as his attorney in his “Bridgegate” scandal.
Wray reportedly drew Trump and some Republicans’ ire for not going after the former president’s political opponents, such as Biden’s son Hunter Biden, and he undercut Trump in September by testifying there was no evidence of a widespread voter fraud effort.
Trump reportedly wanted to fire Wray but was advised by White House counsel not to do so, NBC News reported in December.
TANGENT
FBI agents have reportedly been looking into matters that involve some of Biden’s family members: Politico reported in December that FBI agents “have been asking about” brother James Biden’s involvement with a hospital company as part of an investigation, and as of October, the agency was reportedly investigating whether purported emails sent by Hunter Biden were part of a foreign disinformation effort. Hunter Biden has also said he is under investigation by the U.S. Attorney’s office in Delaware for his “tax affairs.”
KEY BACKGROUND
Biden’s reported intention to keep Wray in place comes as his administration has been quick to oust other holdovers from the Trump White House, requesting the resignation of figures like U.S. Surgeon General Dr. Jerome Adams and Michael Pack, a Trump appointee who oversaw government-funded news agencies. The Biden administration also fired the general counsel of the National Labor Relations Board Wednesday after the Trump appointee refused to resign, and placed the National Security Agency’s counsel on administrative leave after his controversial last-minute appointment. There are some Trump allies who are likely to remain in place under Biden, however: U.S. Postmaster General Louis DeJoy, whose leadership of the U.S. Postal Service became a major source of controversy over the summer, can only be fired by the USPS Board of Governors, for instance, and cannot be fired by the president.
Source: Forbes
Joe Biden Chris Wray FBI