State Is Not a Good Manager – EBRD Chief Economist 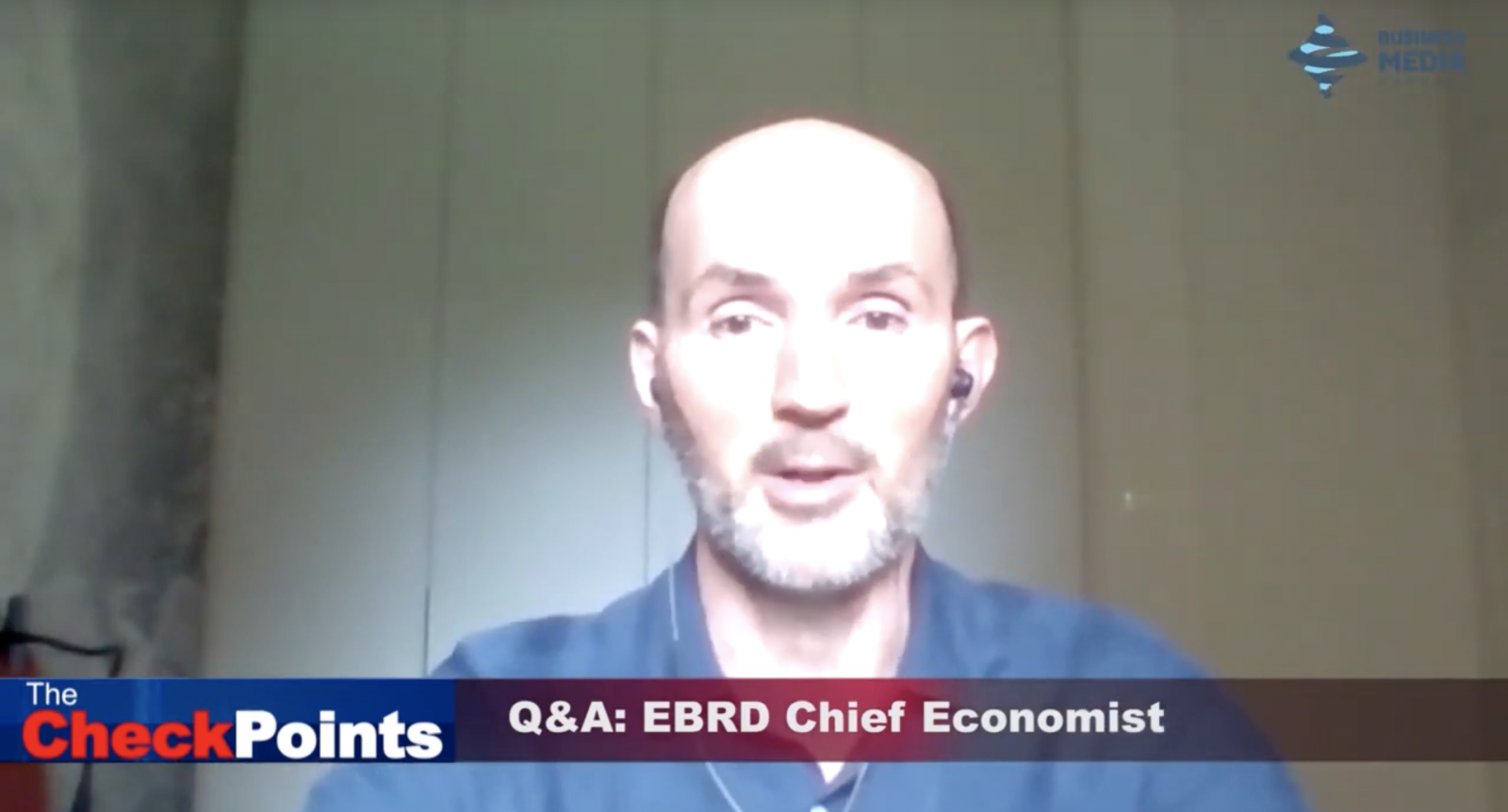 Back
The history shows that the state is not a good manager – EBRD Chief Economist Dimitar Bogov told The Checkpoints in a recent interview conducted by the host and the co-author of the program Elene Kvanchilashvili.
The main focus of the interview was EBRD’s report titled ‘State Strikes Back’ where the influential financial institution is focusing its attention to the state-owned companies, and the fact that since such companies often play the role of the automatic stabilizers in crisis circumstances, COVID-19 could trigger more such ownerships in future.
“We know that the state is a dominant player in many sectors like energy, utilities, railway, ports, and during pandemic state-owned enterprises acted as automatic stabilizers offering stable employment – Bogov told The Checkpoints - So this risk that state will like to keep the larger role it played in the pandemic is there. On the other hand, there will be readiness from the society to accept it because during pandemic state appeared to be a stabilizer for the difficult situation”.
According to the EBRD’s chief economist, keeping the increased role of the state after the pandemic would have a very negative effect on innovation that is the main driving force of development. “There is plenty of evidence that state-owned enterprises are less efficient than the private sector which leads to inefficient use of resources and in the end it will lower the growth rate of the economy. So definitely, there should be the tendency of the state to withdraw from the sectors where usually it’s not a good manager” – Bogov said.
You can watch the full interview tomorrow at 10 pm in The Checkpoints on BMG’s social platforms.
EBRD economic crisis Covid19