Big Number: What to Expect From the Economy? | Editor's Note 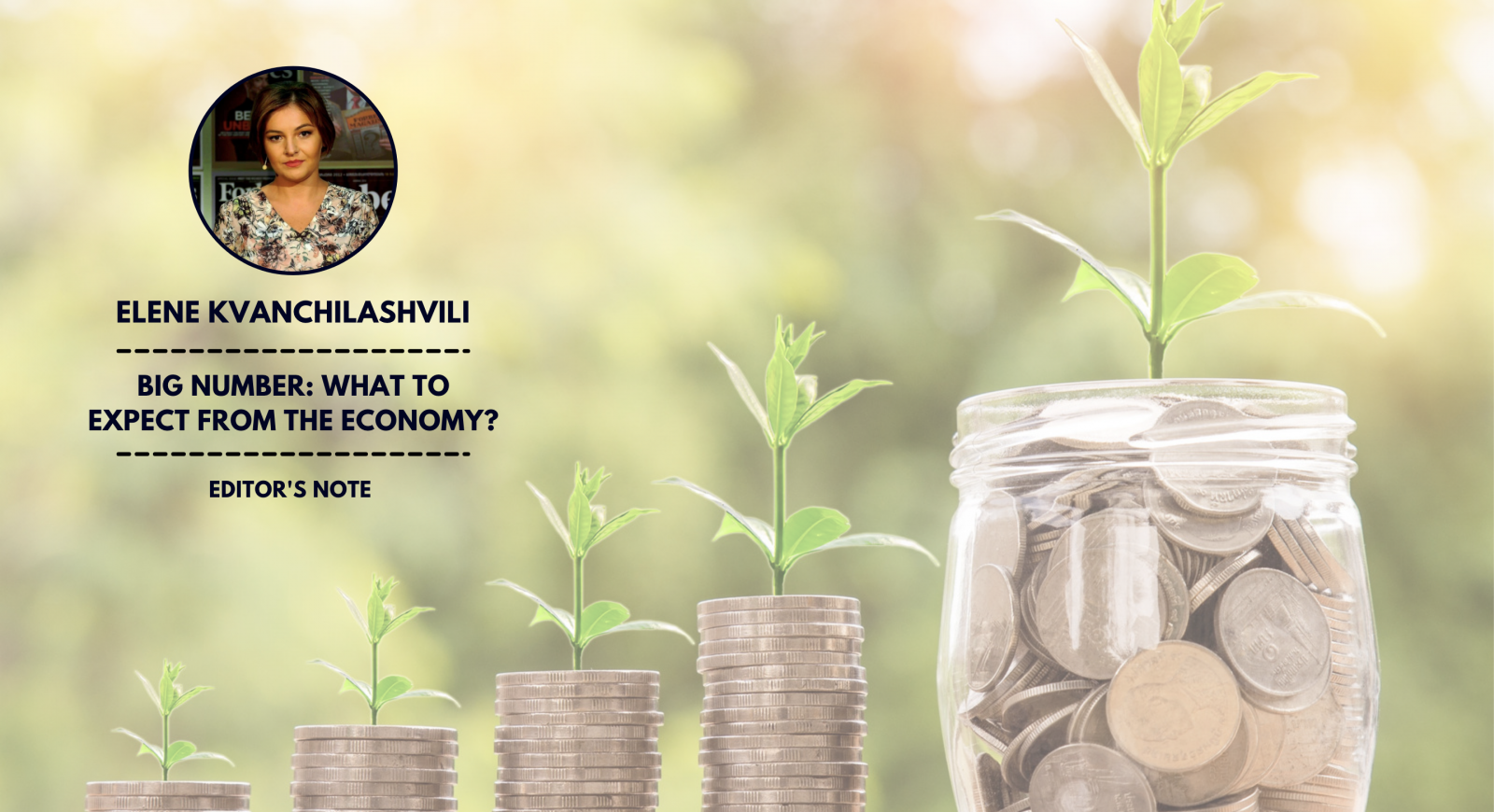 Back
Author:Elene Kvanchilashvili
This week was a week of a big number. Georgia's economy grew by a record 44.8% in April. This is probably the biggest growth index that we have and will see for the foreseeable future.
We heard many loud adjectives this week from the Government representatives and mainly from the Economic Team – 'A truly unprecedented and positive trend' – that came from the Prime Minister of Georgia Irakli Gharibashvili; 'A historic, leap-forward type of growth' – that came from the Minister of Economy Natia Turnava; 'Strong basis for positive expectations to further accelerate growth' – that came from the Minister of Finance Lasha Khutsishvili.
However, there were some more balanced comments as well - Irakli Kovzanadze, Chair of the Budget and Finance Committee of the Parliament, for example, noted that 'high economic growth observed in April is very good, but it does not provide a basis for calming down, because there are a lot of economic challenges and "COVID- quizzes" ahead, which require a lot of work'. And some more comments just stating facts – For example: 'In April, there was an upward trend in all aspects compared to the same period of the previous year' – this is quoting Gogita Todradze, General Director of Geostat on a special press conference.
We have to note here that these are still preliminary figures, which – yes, they do not generally change drastically but which means that at this stage we lack the information to judge how many billions of turnover has been registered in each sector of the economy and which sector is currently driving the leap-frog score.
On the other hand, if we look at the paid taxes – for April 2021 (comparing it to April 2020 and 2019 respectively), the only tax that has been decreased in this period is Revenue Tax, but that's because of the relief measures which had entailed until today that salaries under GEL 750 fully and salaries under GEL 1500 were semi-released from the taxes.
For the rest taxes we see a clear trend of growth:
Value Added Tax is especially important in our context since Geostat calculates the economic growth rate based on the turnover of VAT paying enterprises. In April, such enterprises registered GEL 8.44 billion in turnover, which exceeded lockdown numbers in April 2020 by 94%. However, growth is higher than that in 2019, too.
Why is the comparison with the same period in 2019 important?
Because this way, we can partly eliminate the "base effect," and with its exception, we see that the size of the Georgian economy has increased by about 21% compared to April 2019 this year. Due to the lockdown in April 2020, the Georgian economy shrank by 16.6%.
Now, where does all of this lead the Georgian Government?

Now, where does all of this lead Georgia's Economy?
Here, for more detached, professional, and objective analysis, let me turn to two leading investment banks and emphasize their main messages, as seen, of course, by the Chief Editor of BM.GE in English and the author of this Note.
Now, what should we keep in mind going forward?
Meanwhile - sustainable or not, and we will see this in the nearest future when the Prime Minister finally presents his 10-year strategic vision of our country's development - let me just seize the moment and be happy with the economic growth of 8.4% in January-April 2021.
Natia Turnava economic growth Ministry of Economy Irakli Kovzanadze TBC Capital Georgian government Covid19 Ministry of Finance lockdown pandemic Restrictions Taxes Lasha Khutsishvili galt and taggart georgian economy Irakli Gharibashvili Budget and Finance Committee editor's note