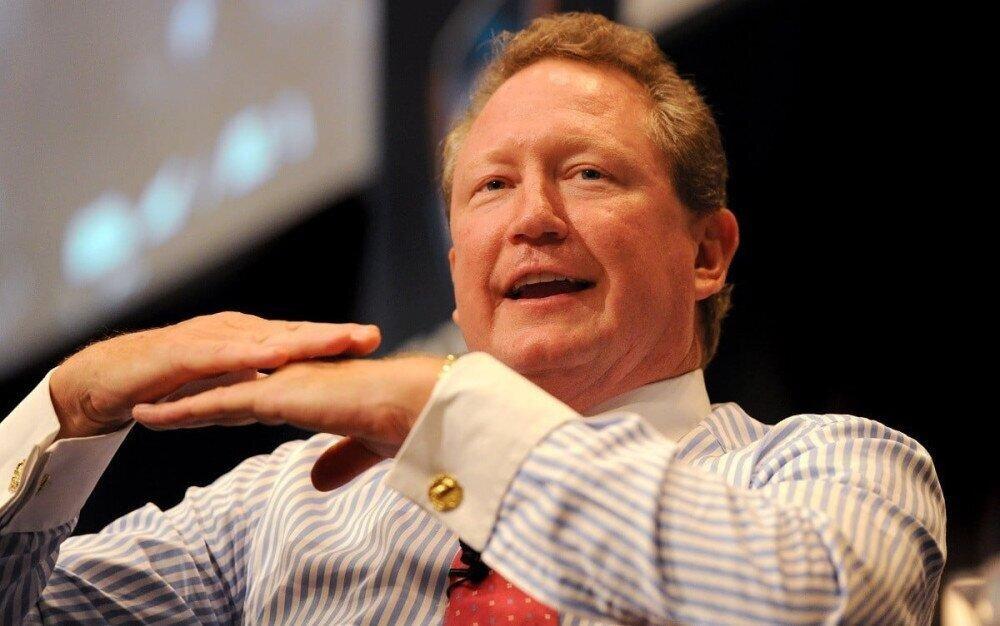 Andrew and Nicola Forrest's investment, through the Tattarang Group, will form part of a planned minimum US$25 billion Ukraine Green Growth Initiative.

With support from other global investors, Tattarang expects the fund to grow to at least US$100 billion, to be poured into primary infrastructure including energy and communications.

In a release, Tattarang said the idea was to "achieve rapid reconstruction of Ukraine post-hostilities".

Speaking to ABC Radio National, Dr Forrest said he wanted to make sure the people of Ukraine knew there would be "a bright future when they do expel the Russian forces".

"Investing in Ukraine, once they expel the Russian forces to the satisfaction of the Ukrainian government, will be I believe a good investment, and therefore I'm prepared to lead that," he said.

"Global business will not just stand aside."

The announcement was made on Thursday at the Bloomberg New Economy Forum in Singapore by Dr Forrest and Ukraine President Volodymyr Zelenskyy.

"We will not replace communist-era rubbish Russian infrastructure, instead we will leapfrog to the latest technology," he said.

"We will take advantage of the fact that what the Russians have destroyed can readily be replaced with the latest, most modern green and digital infrastructure."

Dr Forrest said the fund would aim to rebuild Ukraine "in one generation, whilst delivering returns to investors".

"By business backing Ukraine, we're sending a message to the world," he said.

"I want every government to know that as soon as hostilities cease, global business will be ready to help rebuild immediately."

In its release, Tattarang said plans for the fund had been underway since March, with Dr Forrest briefing dignitaries including US President Joe Biden, former UK Prime Minister Boris Johnson, and Australian Prime Minister Anthony Albanese.

The strategy was agreed in June when Dr Forrest met the majority of Ukraine's cabinet.

"Our investment fund will help step beyond the wire lines of the past and accelerate digital communications development," he said.

"I invite professional investors, fund managers and sovereign funds and all who believe invading another country should now be forever consigned to the historical garbage bin of humanity's worst mistakes, to join us."

Investment company BlackRock signed a memorandum of understanding with the Ukrainian Government last week on a framework for "consultative assistance in developing a special platform" to attract private capital for the project.

Tattarang said this formalised a discussion in September between BlackRock CEO Larry Fink, President Zelenskyy and Dr Forrest around "opportunities for attracting public and private investment in Ukraine".

Ukraine's First Deputy Prime Minister and Minister of the Economy Yulia Svyrydenko said it was important for her country to demonstrate to the world that the war did not rule out investment in Ukraine.

"We hope that this 'investment platform' will become an effective mechanism for mobilising private and public capitals in key sectors of our economy," she said, ABC News reports.