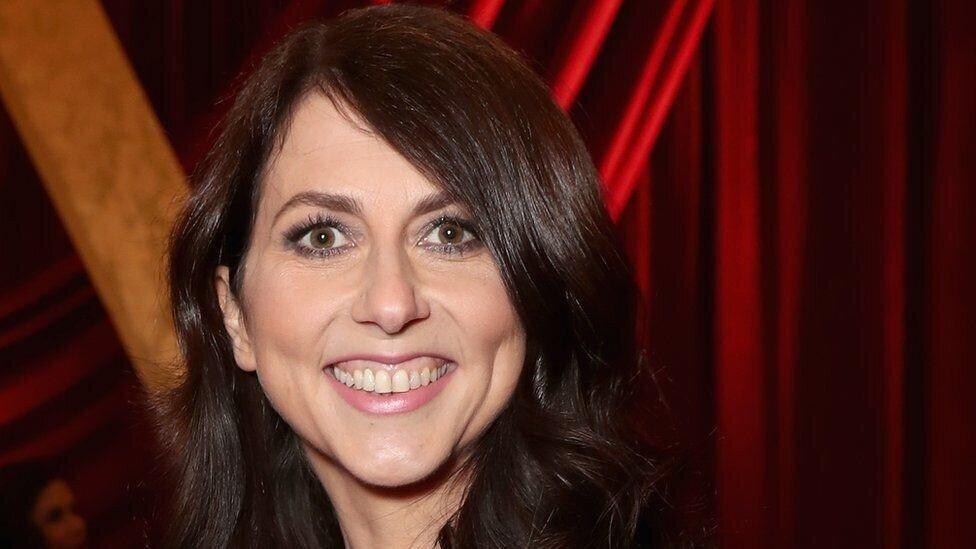 Back
Billionaire MacKenzie Scott, ex-wife of Amazon founder Jeff Bezos, has donated another $2.7bn (£1.9bn) to a range of charities.
Ms Scott said in a blog post that she wanted to give the money to those "that have been historically underfunded and overlooked".
She wrote that she had chosen 286 organisations working on racial inequality, the arts and education.
Ms Scott is one of the world's richest women.
Much of her fortune comes from her 2019 divorce from Mr Bezos, who is currently the world's richest man.
As part of the deal, Ms Scott ended up with 4% of Amazon's shares, having helped Mr Bezos start the technology giant in 1994.
The author has since posted about her charitable donations, such as in December, when she revealed she had donated more than $4bn in just four months to women-led charities, food banks and Black colleges.
Despite the size of these donations, she is still the world's 22nd-richest person, worth $59.5bn, according to Forbes.
In her most recent blog post on Tuesday, she said again that she was keen to redistribute her wealth, having worked with a team of researchers and her new husband, science teacher Dan Jewett, to pick who to donate to.
"In this effort, we are governed by a humbling belief that it would be better if disproportionate wealth were not concentrated in a small number of hands, and that the solutions are best designed and implemented by others."
Among the charities and organisations who received the "relatively large gifts" were also those working on "bridging divides" between different religions, as well as some colleges and universities.
In 2019, she signed the Giving Pledge, promising to give away most of her fortune.
The Giving Pledge is a commitment by the world's richest individuals and families to dedicate the majority of their wealth to giving back. It was started by Bill and Melinda Gates and Warren Buffett in 2010 and other signatories include the likes of Star Wars creator George Lucas.
Mr Bezos has not yet signed the pledge, although Mr Jewett joined in March.
He said in a letter: "In a stroke of happy coincidence, I am married to one of the most generous and kind people I know - and joining her in a commitment to pass on an enormous financial wealth to serve others."
Amazon Jeff Bezos MacKenzie Scott philanthropy Giving Pledge