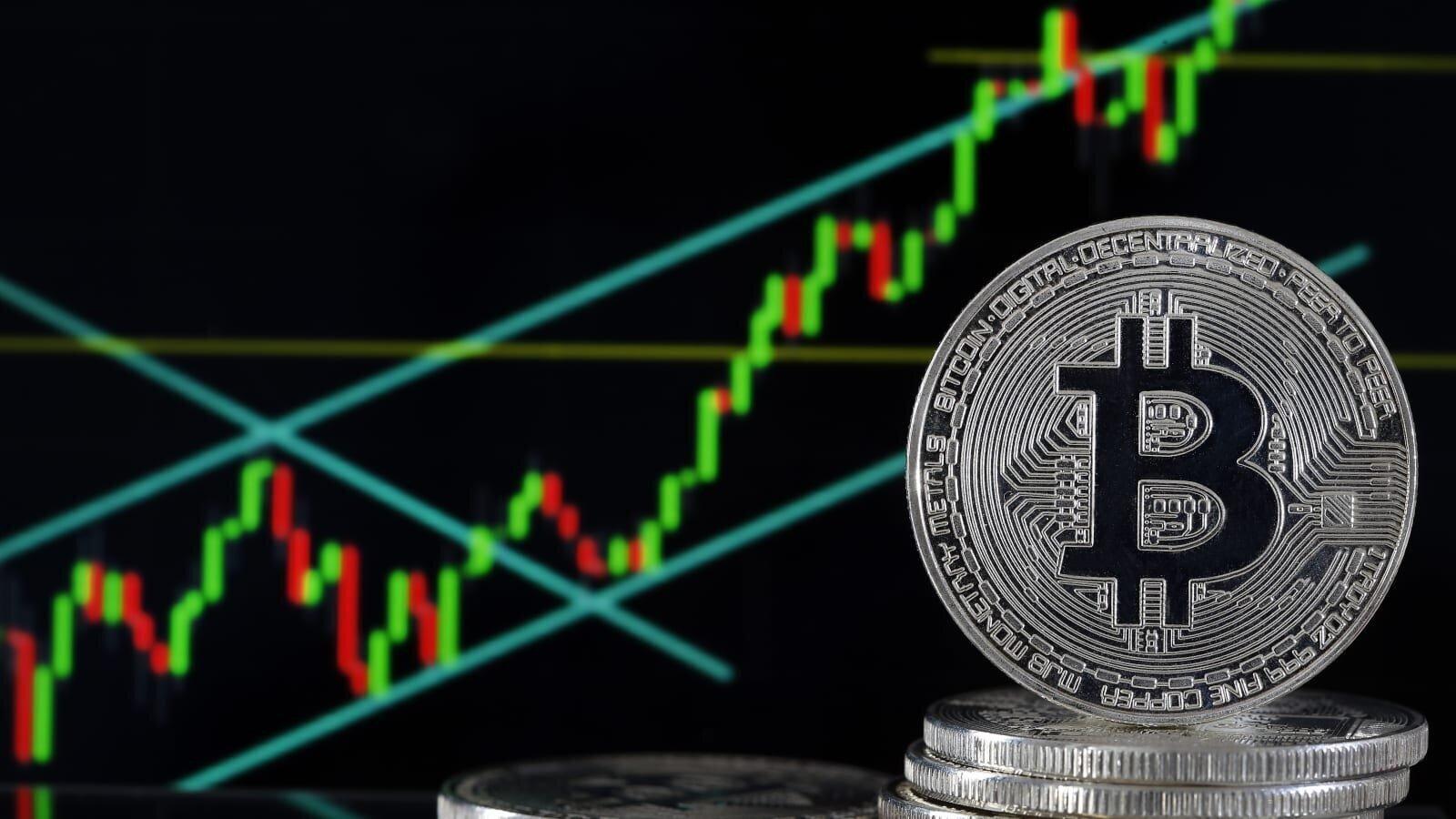 Back
Author: Rainer Michael Preiss
As Bitcoin and cryptocurrencies gain more and more media coverage, investors who have never been involved in crypto are increasingly asking the question of whether cryptocurrencies could provide meaningful portfolio diversification to the traditional old fashioned portfolio asset allocation.
As society starts to move away from cash, central banks’ potential to reap profits off issuing that cash could be threatened. The top digital banking and fintech trend this year led by china is central bank digital currency (CBDC).
Georgia plans to consider to join the EU and the European central bank is working on the digital euro project.
The World Bank ranked Georgia one of the most active cryptocurrency areas in the world.
According to Cambridge Centre for Alternative Finance, global cryptocurrency benchmarking study, Georgia is now ranked second in the world for cryptocurrency mining — behind only China.
Many governments are worried about the mass adoption of cryptocurrencies and hence are considering the merits of creating a central bank digital currency (CBDC).
Central banks have woken up to the risks cryptocurrencies can pose to policy makers’ bread-and-butter business: the economy.
Hence the debate about the pros and cons of government digital currency closed private blockchains versus public blockchain cryptocurrency are increasingly on the agenda of policy makers and investors alike.
The mainstream media often wrongly refer to government backed digital currencies as cryptocurrencies without defining the new concept of central bank digital currency.
Cryptocurrency is a blockchain asset and not the liability of anyone. Central bank issued digital currency is based on a fractional reserve banking system based on debt and the liability of increasingly highly indebted nation state central banks.
Cryptocurrencies were created with the intention to make central banks, the traditional bastions of monetary policy, redundant in the face of a peer-to-peer electronic cash.
10  years after the publication of the Satoshi Nakamoto’s Bitcoin whitepaper, cryptocurrencies are considered to be utilized by the very institutions they were meant to subvert. Blockchain, the distributed ledger technology underpinning Bitcoin, is the tool that can be extended to a central bank digital currency.
Most of the current amount of money is digitized already, whether in bank reserves with the central bank, or in checking accounts at the local bank. Only a fraction of money supply is in paper money bills in circulation. But digital money, locked up in private ledgers and exchanged through dozens of heterogeneous databases en route from creditor to debtor, lacks the speed, stability, scalability, and security of a good cryptocurrency.
Many countries are increasingly thinking about a strategy of how to deal with the global rise and mass adoption of cryptocurrencies. If Bitcoin is the money of the people, fiat currency is the money of the state.
Governments and central banks from India, Japan, Canada, Russia, Switzerland to Singapore and the Marshall Islands are having projects as to how best create a government backed digital currency. Several other governments, including China, Estonia, Russia and Iran, have discussed plans for their own digital currency.
Singapore has project Ubin and the Bank of Canada has Project Jasper and the United States is toying with the idea of a FedCoin, whereas Sweden’s Riksbank is contemplating the ‘e-Krona.’
In Sweden, the demand for cash has dropped considerably over the past decade. Already, many retail stores do not accept cash and some Swedish bank branches no longer disburse or collect cash. In response, the Riksbank has embarked on a project to determine the viability of an e-Krona for retail payments. No decision has yet been taken in terms of technology.
The Marshall Islands will issue its own cryptocurrency that will be circulated as legal tender along with the U.S. dollar.
The Head of the Swiss Stock Exchange has appealed to the Swiss National Bank to (SNB)  to launch the e-Swiss Franc.
In response to these comments, the SNB repeated its message to the media that it did not consider any need for such a move. Mounting calls for Switzerland to introduce a blockchain-based national cryptocurrency therefore continue to fall on deaf ears at the Swiss National Bank.
Switzerland is a rich country with a thriving Crypto Valley and only small wealth disparity compared to Indonesia and other emerging markets but it seems that developments in fast growing countries like Indonesia could have been on the mind of the Head of the Swiss Stock Exchange.
While Bank Indonesia hasn’t banned exchanges from offering cryptocurrencies, it has asked investors to refrain from owning, selling or trading crypto token despite the growing number of Bitcoin investors. The Indonesian central bank doesn’t deem digital currencies as legal tender.
Petro, an oil-backed cryptocurrency in Venezuela, was issued in an attempt to help the national economy. $735 million was raised during the first day of the pre-sale. President Maduro hopes ‘the petro will allow the ailing OPEC member to skirt U.S. sanction.’
Kazakhstan on the other hand is considering to follow Japan’s lead to make cryptocurrency legal tender and to sponsor its own state cryptocurrency, the Kazakhstan CryptoTenge, a digital asset tied to fiat.
The CryptoRuble shall be promoted for circulation on international markets, according to Russia’s Deputy Minister of Economic Development Oleg Fomichev, who stressed the CryptoRuble is designed to become Russian “digital money in light of the digital economy.”
Russian President Vladimir Putin stated that the Stone Age has not ended because humanity has run out of stones but because new technologies have appeared.
The promise of central bank digital currencies

Central Bank digital currencies or CBDC for short is meant to be an extension of existing central bank issued fiat money.
CBDC is not a well-defined term. It is used to refer to a number of concepts. However, it is envisioned by most to be a new form of central bank money. That is, a central bank liability, denominated in an existing unit of account, which serves both as a medium of exchange and a store of value.
There are notes and coins available to anyone and reserve and settlement accounts open only to licensed banks, already in electric form. However this is not based on blockchain and currently used for interbank payments.
The Bank for International Settlements in a report, Central bank digital currencies, stated that Central banks must carefully weigh the implications for financial stability and monetary policy of issuing digital currencies.
CBDC is potentially a new form of digital central bank money that can be distinguished from reserves or settlement balances held by commercial banks at central banks. There are various design choices, including: access (widely vs restricted); degree of anonymity (ranging from complete to none); operational availability (ranging from current opening hours to 24 hours a day and seven days a week); and interest bearing characteristics (yes or no).
It raises old questions about the role of central bank money, the scope of direct access to central bank liabilities and the structure of financial intermediation.
Part of the current debate is the question of whether CBDC should be widely available or tightly restricted.  A CBDC open to all would in effect allow anyone to have an account at the central bank similar to the idea that with Bitcoin you are the bank beyond your mobile phone being a Swiss bank account.
CBDCs would work “peer-to-peer” very much diminishing the role of traditional banks or through the banking system helping banks to maintain their current dominant role.
Commercial banks' reliance on customer deposits may become less stable, as deposits could more easily take flight to the central bank in times of stress.  A national government digital currency would allow “digital runs” to the central bank.
A CBDC for all would challenge the current model of banks taking customer deposits and using that money to fund the lending that helps drive the economy. The consequences for bank business models and financial stability would need to be carefully parsed.
‘Everyone can create money, the problem is to get it accepted - (Hyman Minsky, an American economist)
Money is the ultimate network effect and both cryptocurrencies, as well as central bank digital currency, can multiply these effects as well as diminishing the current acceptance of fiat money in the global financial system.
A good thing about cryptocurrencies is that nobody owns it in the sense that it's a democratic arrangement through the distributed ledger we all own, the ownership of the block. And you can then buy parts of it — bits or part of the chain. In other words, you can't QE  (Quantitative Easing) it, it has a discipline inherently built into the system.
The blockchain economy will provide ample choice and will be a disciplined market and asset-based economy.
Thinking carefully about the future of money is timely in view of new technologies and increasing use of electronic payments among rising debt levels.
Each legal jurisdiction considering the launch of a CBDC should carefully and thoroughly consider the implications before making any decision.
Still, it is not yet clear whether CBDCs for consumers and businesses are necessary or desirable. The answer will clearly differ country by country.
Bitcoin has put the spotlight on an old failing of the current system: cross-border retail payments and the rising risk of central bank policy mistakes. CBDC are a way of government rising to the bitcoin challenge.
Rainer Michael Preiss serves as Portfolio Strategist at Golden Equator Wealth Singapore.