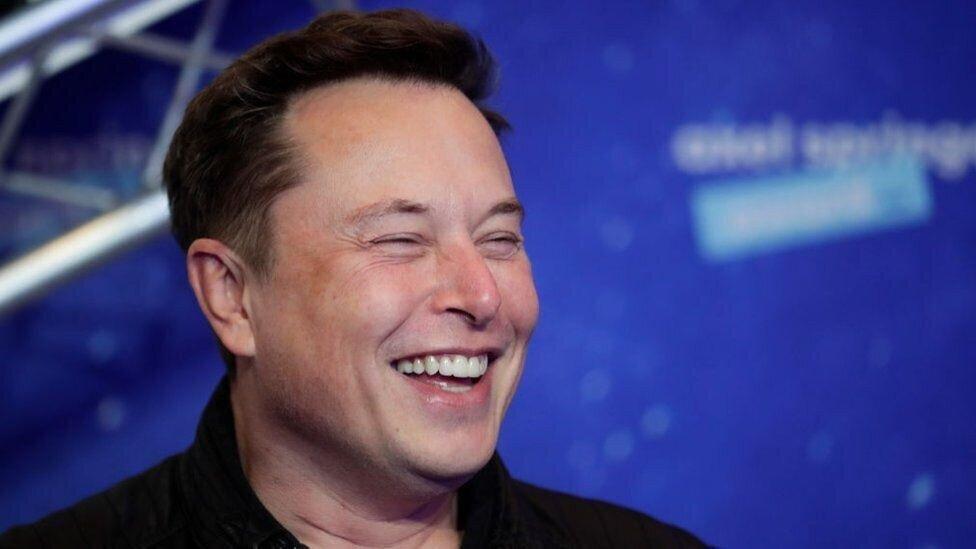 Back
Bitcoin has jumped past $30,000 as Elon Musk said Tesla is "most likely" to start accepting it as payment again.
The electric carmaker said in May that it would no longer accept the cryptocurrency for purchases.
It had cited concerns over the environmental impact of Bitcoin mining which uses huge amounts of electricity.
That move came less than two months after the company began accepting the world's biggest digital currency as payment.
"Most likely the answer is that Tesla would resume accepting Bitcoin," Mr Musk said during the B Word cryptocurrency conference.
He also said that he had been investigating fossil fuel usage in Bitcoin mining: "I wanted a little bit more due diligence to confirm that the percentage of renewable energy usage is most likely at or above 50%, and that there is a trend towards increasing that number, and if so Tesla would resume accepting Bitcoin."
Some Tesla investors and environmentalists attacked Tesla's decision earlier this year to start accepting Bitcoin as payment.
The dispute highlighted the issue of what are seen as environmentally-friendly electric vehicles being purchased using an energy-intensive cryptocurrency.
Given that Bitcoin mining uses large amounts of electricity, concerns have been raised over whether the energy is from fossil fuel or renewable sources.
Mr Musk was also criticised for using his popularity and position as one of the world's richest people to back cryptocurrencies.
During his appearance at the B Word conference Mr Musk said that, along with the Bitcoin owned by Tesla and his his rocket company SpaceX, he personally held Bitcoin and the cryptocurrencies Ethereum and Dogecoin.
He also addressed claims that he had helped to artificially increase the price of cryptocurrencies before selling them: "I might pump, but I don't dump... I definitely do not believe in getting the price high and selling... I would like to see Bitcoin succeed."
Other speakers at the B Word conference included Twitter chief executive Jack Dorsey and ARK Investment Management boss Cathie Wood.
Following his comments, Bitcoin was up 6% at $31,952, and Ethereum was 10.6% higher at $1,979, according to data from the Coindesk website.
Cryptocurrencies Tesla Bitcoin Elon Musk