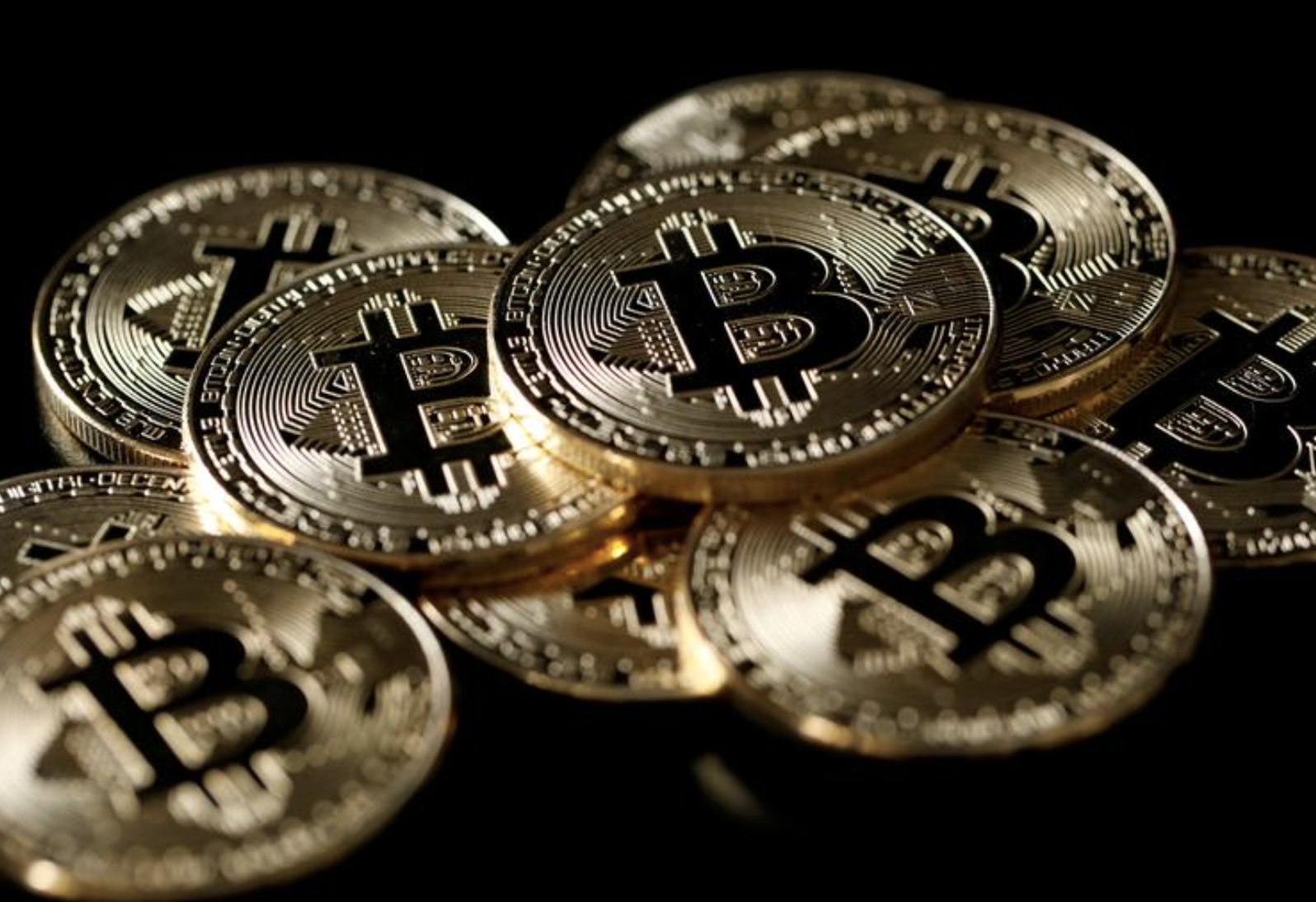 Back
Bitcoin fell back sharply on Monday after hitting a record high of $61,781.83 over the weekend after U.S. President Joe Biden signed off on his $1.9 trillion fiscal stimulus and ordered an acceleration in vaccinations.
Bitcoin’s new high also came as ten-year U.S. Treasury yields hit a 13-month high of 1.64% on Friday.
Because some investors tend to see bitcoin as an hedge against inflation, analysts believe the rise of bitcoin has been helped by the prospects of a steep economic recovery.
“Since the start of 2020, correlations between bitcoin and copper, equities and, in particular, breakeven inflation have increased”, William De Vijlder, BNP Paribas chief economist, wrote in a note looking at the drivers behind the surge of the cryotocurrency.
Bitcoin has more than doubled in 2021, after quadrupling last year.
In early deals in London, the world’s most popular cryptocurrency briefly went under $55,000 and at 1118 GMT was down 5.2% at $55,973.30.

10-year U.S. yields also retreated back to 1.61% on Monday morning.
Bitcoin’s new record on Saturday was delivered into thinner markets due to the weekend, with technical factors magnifying the move higher, according to Justin d’Anethan, sales manager at digital asset company Diginex in Hong Kong.
“The crypto market is derivatives heavy,” he noted.
“A small move up triggered many liquidations throughout Saturday and Sunday, thus becoming a not-so-small move.”
The rally may also have been dampened by a Reuters report that India would pursue a ban on digital assets, a rain cloud for bitcoin following high-profile endorsements this year from the likes of Tesla’s Elon Musk, Twitter’s Jack Dorsey, and investment giants Goldman Sachs and BlackRock.
Seth Melamed, the Tokyo-based chief operating officer of cryptocurrency exchange Liquid, said legislation of the sort India is proposing won’t be an impediment to further gains for bitcoin.
“Because it’s decentralised, government bans or acceptance is somewhat irrelevant,” Melamed said. “Capital will find a way.”
Source:  Reuters
Bitcoin