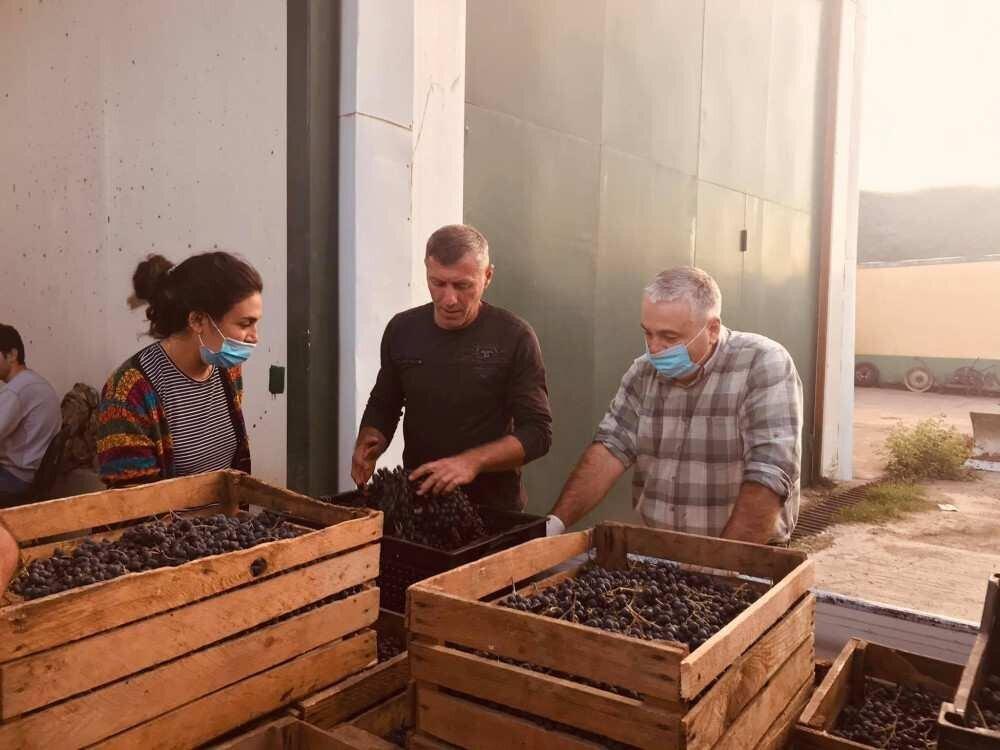 Back
According to today's data, up to 2000 tons of Alexandrouli and Mujuretuli are processed in Racha. As bm.ge was informed by the National Wine Agency, to ensure the varietal accuracy and quality of the wine of local origin "Khvanchkara," ampelographers monitor the grapes to be delivered at all grape receiving points. Also, special block posts are arranged at the region's entrances to prevent grapes from being imported from other municipalities and mixing it with Mujuretul / Alexandrouli.

According to the Chairman of the National Wine Agency, Levan Mekhuzla, in parallel with the crop's settlement, the first task remains to ensure the quality of Georgian wine in general, and in this particular case, the wine "Khvanchkara" and to maintain its unique properties.

"Organizing a vintage in Racha has its own specifics. It is traditionally different from Kakheti. In particular, one month before the start of grape picking, checkpoints were set up at all entrances to the region to prevent the import of grapes from other regions. Each machine was inspected. This inspection aims to maintain the uniqueness of "Khvanchkara" and ensure the high quality of this wine. In Racha, grapes are delivered through boxes. Each box is checked by ampelographers so that the varieties are not mixed," said Levan Mekhuzla.

This year in Racha, an unprecedented amount of wine Khvanchkara - up to 2500 tons is expected to be harvested from the raw material base of Alexandrouli and Mujuretuli. In Ambrolauri municipality, 20 grape delivery points have been opened at various locations, which allows the population to settle their crops without interruption.

To accommodate the grape harvest in the Racha-Lechkhumi region, a vintage coordination headquarters has been opened in the town of Ambrolauri.
vintage of 2020 Racha Region