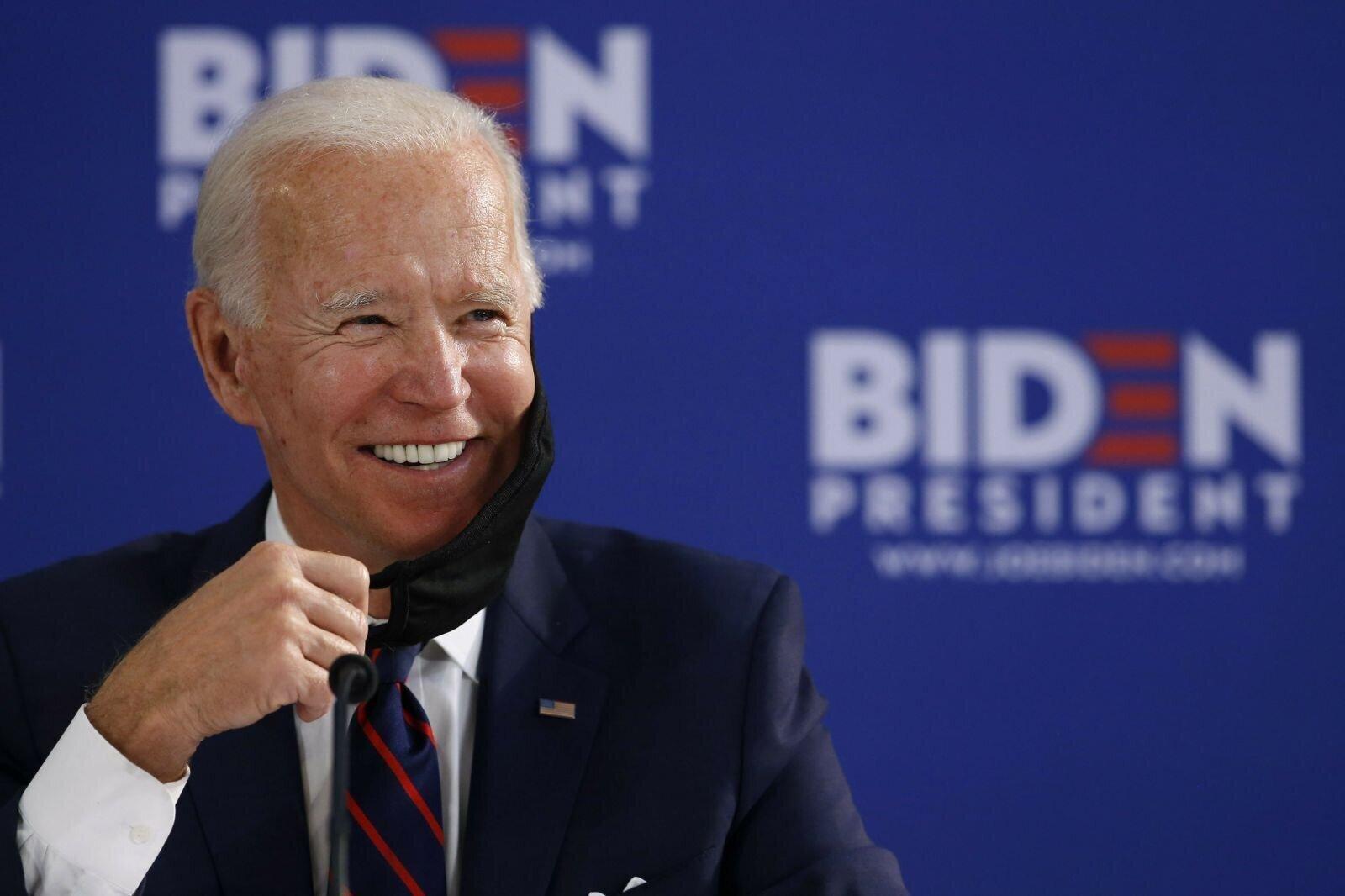 Back
Goldman Sachs has turned even more optimistic on the outlook for the US economy this year under President-elect Joe Biden.
In a weekend note to clients, economists at the bank raised their forecast for US GDP to 6.6% in 2021 from 6.4%. Goldman now expects a lower US unemployment rate of 4.5% at the end of 2021, down from 4.8%.

The projected economic expansion will be fueled by a boost in disposable incomes and government spending, the bank said, as Biden's $1.9 trillion stimulus plan accentuates his intent to shore up the slumping US economy.
"We do not expect all of the elements of the $1.9 trillion proposal to pass, but we have raised our expectations for state fiscal aid, education and public health spending, unemployment insurance benefits, and several smaller items," Goldman economists wrote.
Biden's economic rescue package that includes a $1,400 boost to stimulus checks, on top of a December measure of $600 per person, will cause a "large spike" in disposable income in the first quarter of 2021, the bank said.
"We now forecast nominal disposable income will grow in 2021 by +4.5%," up from a prior estimate of 3.8%, the economists wrote. 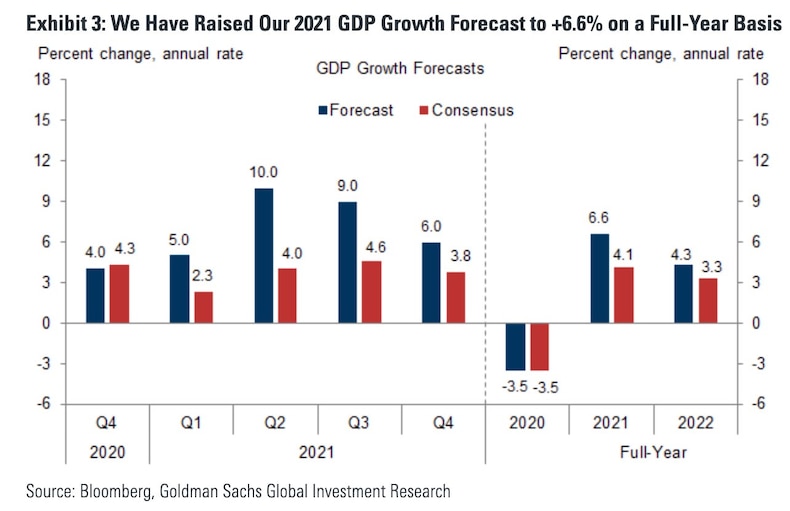 After the Democrats won control of the Senate in the first week of this year, the bank raised its US GDP forecast to 6.4% because of the prospect of more fiscal stimulus to combat the fallout from coronavirus. Goldman expects a 4.3% growth for the US economy in 2022 and 1.6% growth in 2023.
Source: Insider
Goldman Sachs Joe Biden US economy