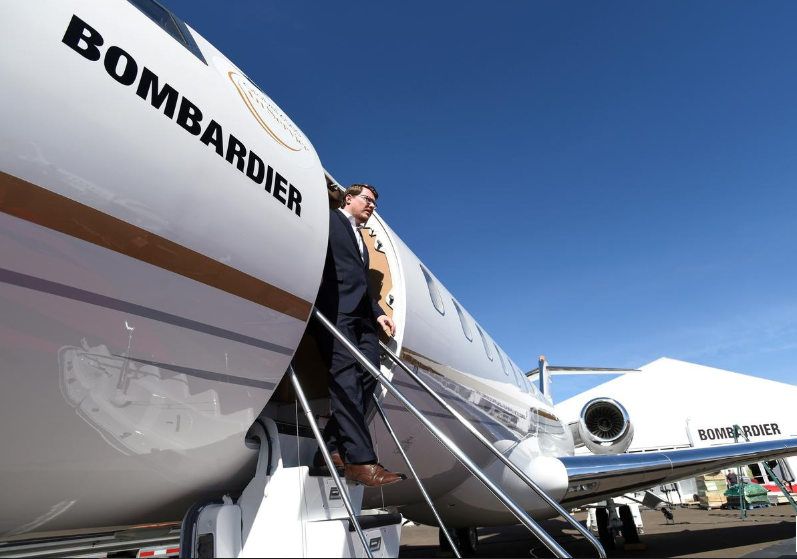 Canadian plane and train maker Bombardier Inc (BBDb.TO) said on Friday it would cut 2,500 jobs, or about 11% of the workforce at its aviation unit, as the coronavirus pandemic’s crushing impact on the air industry adds to its long list of problems.

The aviation industry has been among the worst hit by the pandemic, which has dented travel demand and forced several aircraft manufacturers, including planemakers Boeing Co (BA.N) and Airbus SE (AIR.PA), to cut production as customers defer deliveries.

“We are now faced with the difficult decision to adjust the size of our business, considering both disruptions in our supply chain as well as industry-wide forecasts calling for approximately 30% year-over-year drops in unit deliveries due to the pandemic,” David Coleal, president of Bombardier Aviation, said in a memo to workers about the layoffs which was seen by Reuters.

Bombardier Aviation spokesman Mark Masluch said the company is starting to scale back production, but he would not give specifics.

Bombardier, which has nearly 60,000 employees at its aviation and rail units, said it would book a $40 million charge related to the job cuts.

The company, which recently exited the commercial aircraft business, is in the process of selling its rail business to French train maker Alstom (ALSO.PA) for up to 6.2 billion euros ($7.02 billion).

The sale would leave Bombardier as a “pure play” business jetmaker.

The International Association of Machinists and Aerospace Workers said the layoffs would affect 717 of its members in Montreal who are now benefiting from an emergency wage subsidy program implemented by the Canadian government to counter the fallout from the outbreak of COVID-19, the respiratory illness caused by the novel coronavirus.

The union said in a statement that “Bombardier had the means to avoid the layoffs today,” if it extended the program, which runs through the end of August.

Masluch said the company needed to act now to give required notice about the layoffs.

BP faces hit of up to $17.5bn as it forecasts lower oil prices

BP faces hit of up to $17.5bn as it forecasts lower oil prices