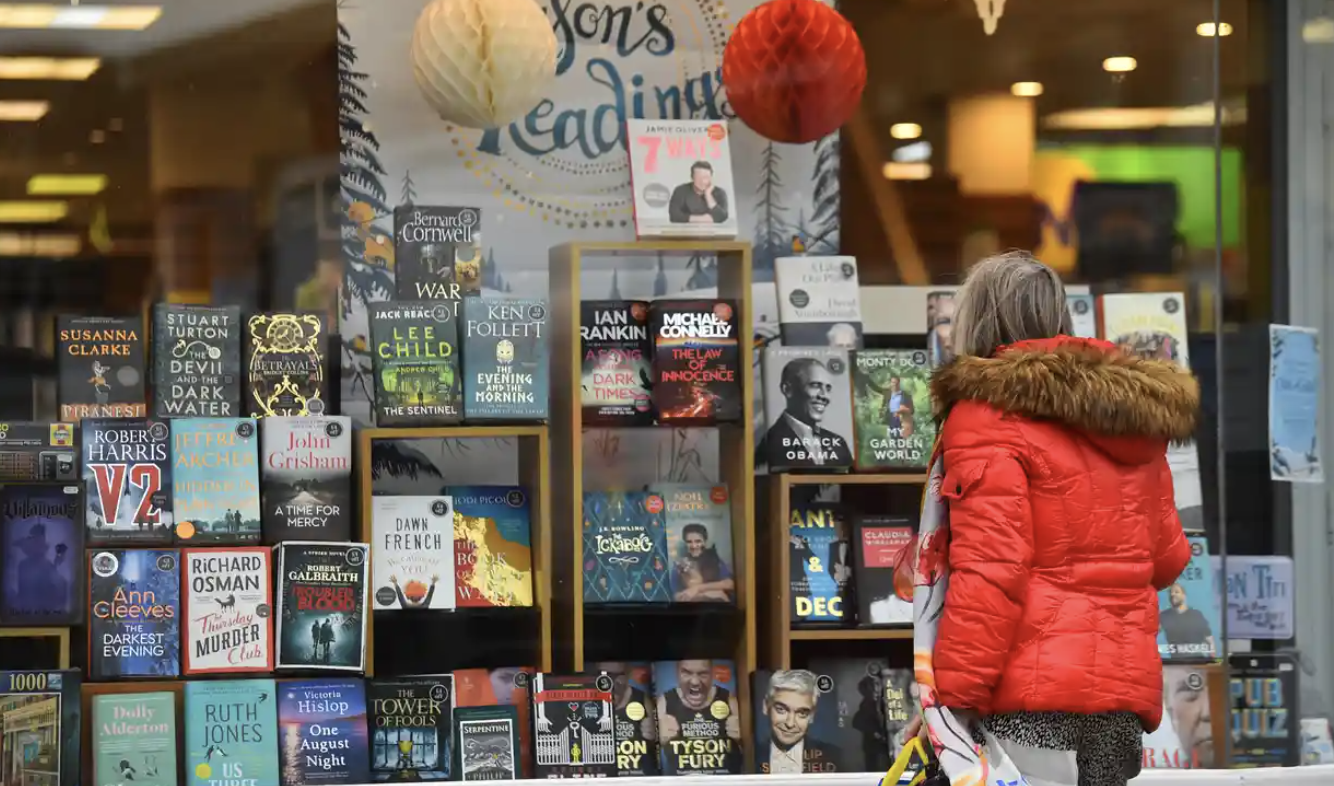 Back
More than 200m print books were sold in the UK last year, the first time since 2012 that number has been exceeded, according to an estimate from official book sales monitor Nielsen BookScan.
Despite the coronavirus pandemic causing a series of lockdowns around the country – bookshops in England were closed from 23 March until 15 June, and then again from 5 November until 2 December, with differing lockdowns in place around the rest of the UK – Nielsen has estimated that the volume of print books sold grew by 5.2% compared with 2019. This equates to 202m books being sold in the UK last year and was worth £1.76bn, up 5.5% on 2019, said Nielsen.
The Bookseller magazine said the figure represented the biggest volume rise in the books market since 2007, and the highest annual value since 2009.
The year’s bestselling title was Charlie Mackesy’s uplifting The Boy, the Mole, the Fox and the Horse, with Richard Osman’s cosy crime thriller The Thursday Murder Club coming in second place, and the cookbook Pinch of Nom – Everyday Light in third. David Walliams and Tony Ross took up three places in the Top 10, with Code Name Bananas, Slime and The World’s Worst Parents.
Bernardine Evaristo’s Booker winner, Girl, Woman, Other, Barack Obama’s memoir A Promised Land, and Delia Owens’ novel Where the Crawdads Sing also made the T10, with Guinness World Records in 10th place.
Nielsen stressed that the figure is an estimate, because it was unable to calculate book sales during the weeks the UK was in lockdown. It based the estimates on its monthly consumer surveys, which collect data from around 3,000 book buyers each month, allowing it to build up a picture of who buys what, from where.
“At market level, the books and consumers data – combined with historical data and the weeks for which we did have BookScan UK data – means that the estimates are very accurate,” it said.
At Waterstones, Kate Skipper called the figures really encouraging. “So many people have turned to books for sustenance, information and joy through this difficult year – our Top 10 for the year reflects this,” said Skipper, pointing to top sellers for Waterstones including Maggie O’Farrell’s Women’s prize-winning Hamnet, and Douglas Stuart’s Booker-winning Shuggie Bain.
“Our shops were obviously mandated to shut for significant chunks of the year, but when we were able to safely open readers were eager to browse again and discover new books,” she said.
Kiera O’Brien, charts editor at the Bookseller, said she hadn’t been completely surprised by the high numbers, because the market performed so strongly between lockdowns.
“The first week bookshops opened in June, print was up 31% in both volume and value against the same week in 2019, essentially reaching November levels – and that was only with bookshops in England open,” she said.
“This growth pretty much maintained across the summer and early autumn. In 2019, the market’s weekly volume didn’t hit 4m books sold until mid-November; in 2020, it reached it in the last week of September (and stayed there).”
O’Brien said bookbuyers seemed to be “making the effort to go to high-street and independent bookshops while they could, and spending a lot of money in one go”. She added that “the growth was very much spread across the board, with no single standout bestseller (until The Thursday Murder Club’s December sales at least) driving the market upwards.”
Other strong sellers included Sally Rooney’s Normal People, Reni Eddo-Lodge’s Why I’m No Longer Talking to White People About Race, Lisa Jewell’s The Family Upstairs and Hilary Mantel’s The Mirror and the Light.
But Nicola Solomon at the Society of Authors said that despite the strong overall performance, many authors were still struggling.
“Book sales are up. We just don’t believe they are up across the board,” she said. “Big names, established series, even some newcomers have done well, but plenty of people have suffered.”
The Society of Authors’ emergency fund for authors facing financial hardship has given out £1.3m to date, to just over 1,000 authors, and will continue to support writers in trouble as a result of the pandemic.
“People assume that authors make all their money from book sales, but many do not. Children’s authors depend hugely on school visits, many authors depend on lecturing or appearances or performances and anyone who depends on performance has completely lost that.
It’s a massive loss of income,” said Solomon. “Not to mention people who are actually ill, and the influence of bookshops on selling a different range of books. Libraries are closed so writers can’t get known to readers that way. It’s very difficult.”
Source: The Guardian