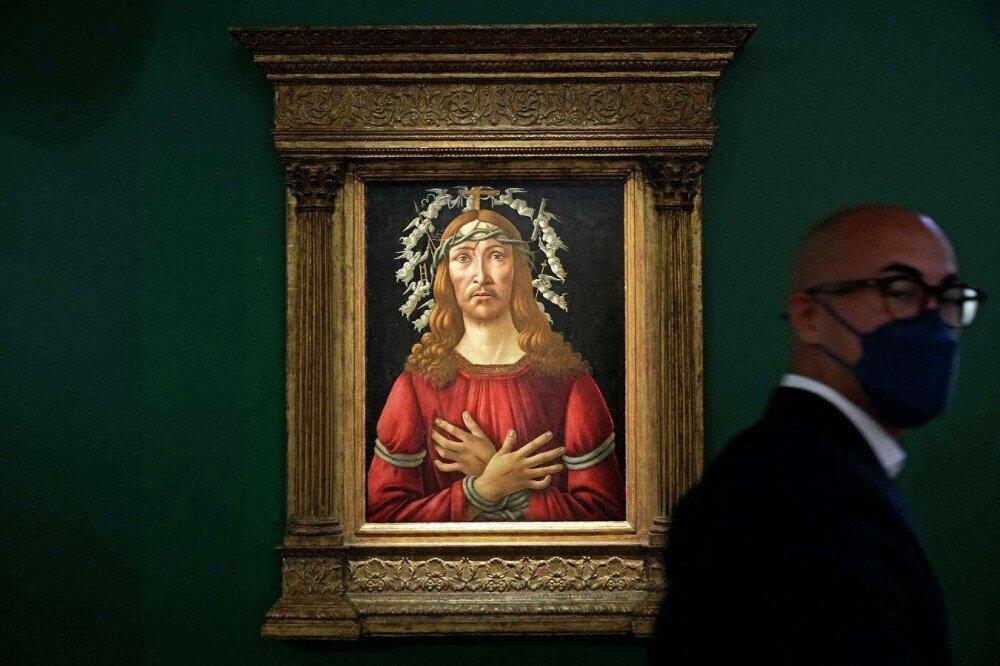 The 16th-century painting by the Renaissance Italian artist Sandro Botticelli sold at auction at Sotheby's in New York.

With the addition of fees and commissions, the price of the piece reached $45.41 million.

The auction comes a year after another work by the Italian master — the "Young Man Holding a Roundel" — was sold for a record-breaking $92 million.

The painting shows a picture of Jesus Christ with thorns on his head and surrounded by angels. Experts believe it was painted in the early 1500s, at the end of Botticelli's life.

The work was taken on a world tour before arriving at the auction.

The renaissance artist is also known for his frescoes that decorate the Sistine Chapel in the Vatican.

Most of his paintings are on display in galleries such as the Uffizi in Florence, Italy. Privately owned works by the artist are much rarer.

Last year proved to be a booming one for the international art market following the bottleneck supply in 2020. The Sotheby's auction house hit its highest ever sales figures of $7.3 billion.