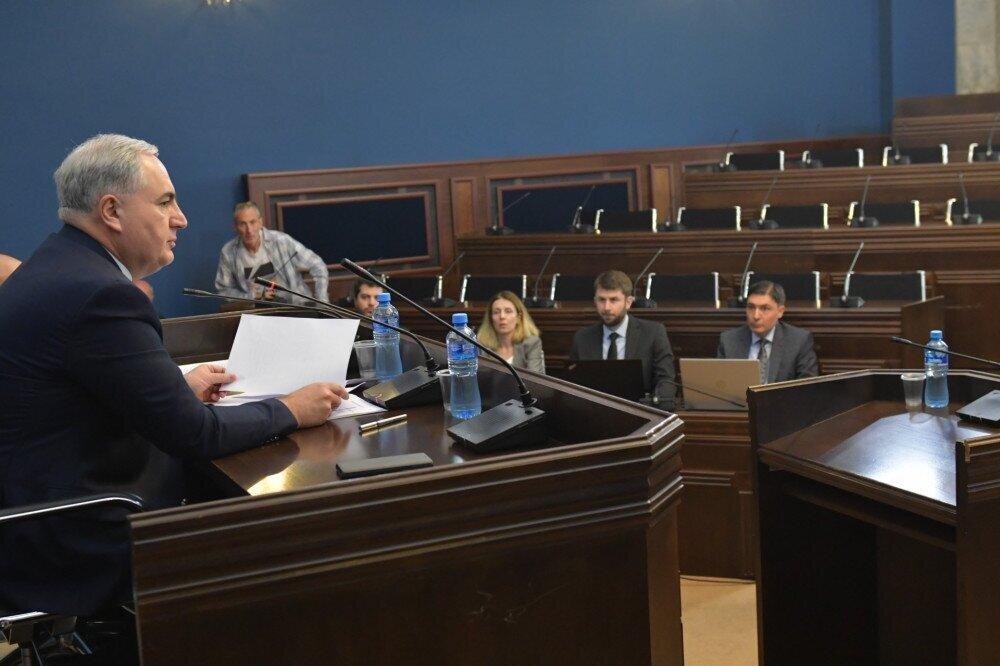 The State Audit, according to the Committee's Chairman, Irakli Kovzanadze, is the major asset and lever for the Georgian Parliament in controlling the use of public and state funds.

He believes it is critical for the indicated institution to be autonomous, transparent, and competently managed.

"In this regard, we are especially careful about the work of this institute. The State Audit Office is accountable to the Parliament and the Budget and Finance Committee”, - Irakli Kovzanadze stated.

According to him, the main criteria by which the Committee evaluates the work of the state audit are the indicators of consolidated budget coverage and implementation of recommendations.

The Auditor-General, Erekle Mekvabishvili, noted that in the process of achieving strategic goals, the State Audit Office had the full support of donor organizations such as the European Union, the World Bank, USAID, GIZ, and others.

"We have met all of the strategic plan's objectives in recent years, particularly in 2020-2021. The State Audit Office has made great success in all areas of organizational growth, according to the SAI-PMF, the World Bank's Index of Independence of Superior Audit Organizations, IntoSAINT, and independent audits undertaken by Deloitte and PwC”, - Erekle Mekvabishvili remarked.

The consolidated budget coverage ratio improved from 81 percent in 2017 to 90 percent in 2021, with efficiency audits accounting for 33 percent of total audit efforts, up from 11 percent in 2017. The State Audit Office has implemented an internationally renowned audit quality control review system and upgraded its auditor ethics system to completely comply with all ISSAI criteria; it has also produced a long-term IT development strategy and an information security action plan.

"Our goal is to bring value to auditing efforts while also improving citizen well-being. As a result, when drafting the annual plan, we always keep the public interest in mind. The audit plan addressed 56 percent of public appeals in 2021. In addition, the Service has undertaken a number of significant initiatives to enhance contact with civil society, the media, and individuals”, - Erekle Mekvabishvili noted.

As he added, the role of the Parliament is important in the process of implementing the recommendations.

In this regard, the ability of the Audit Office to assist Parliament in the successful exercise of parliamentary oversight is also essential.

According to him, an electronic platform for the execution of recommendations was built in response to this challenge (www.aris.sao.ge), where a triangle of accountability was formed based on INTOSAI criteria.

"As a result, real-time cooperation between the Parliament, the Government, and the Audit Office will be possible on the platform. On the way to further institutional development of the State Audit Office, it is important to continue working to strengthen the results achieved by the SAI-PMF”, - the speaker added.

According to the Chairman of the Committee, Irakli Kovzanadze, the report is submitted in compliance with the deadlines and includes all the areas in which the state audit is working.

"These areas are: strengthening the mandate, auditing activities, key areas of the strategy, recommendations in implementation and governance, transparency of funding. The document is accompanied by the conclusion of an independent auditor. An independent auditor is elected by a parliamentary commission. Good findings from Deloitte and PwC are presented. The coverage rate of the consolidated budget is 90%, which is very important and good, it is also important that the implementation rate of the recommendations constitutes 43%”, - Irakli Kovzanadze commented.