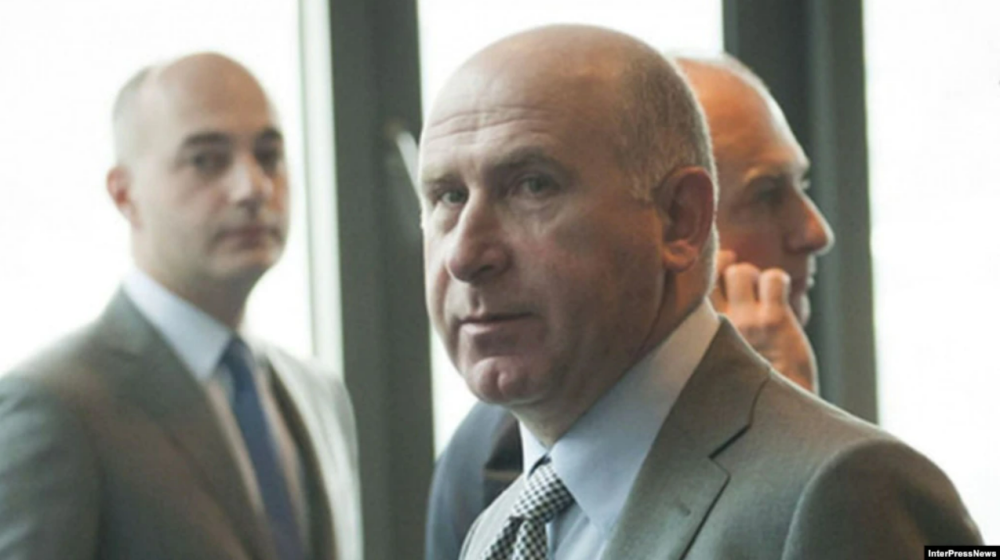 The lawyer of businessman Ucha Mamatsashvili, Amiran Giguashvili, releases a statement in which he evaluates the decision of the Tbilisi City Court and invites the public defender to meet again about the position of “friend of the court” presented by her.

Here is the full text of the aforementioned statement.

“As the public knows, on August 5, 2022, the court satisfied the claim of businessman Ucha Mamatsashvili and all controversial statements about him spread by the Anti-Corruption Movement NGO and Vaso Urushadze, as well as Lasha Parulava, were recognized as slander. The court ordered the defendants to publicly refute the alleged defamatory statements. Also, each of them was ordered to pay moral damages in the amount of 5,000 lari. Since the announcement of the court decision, we have heard a number of speculative and politically motivated statements, therefore we consider it our duty to provide the public with objective information based only on facts and legal justifications.

We explain to the public that the current court sessions lasted within a reasonable time, more than four months, and 6 very voluminous, many-hour court sessions were held, which is rare for disputes of this category and reflects the court's clear interest in a comprehensive and objective consideration of the case. Therefore, the allegations that the judge tried to conduct the process as quickly as possible and within the shortest timeframe are completely false.

In total, 6 witnesses were interrogated in the case, of which 2 witnesses were named by us as the plaintiff, while 4 witnesses were named by the opposing party. As for the motion to invite "National Movement" deputy Levan Khabeishvili and Nika Gvaramia, general director of TV company Mtavari to the trial as witnesses, the public should be aware that the defendant cannot point to any specific facts or circumstances that the mentioned witnesses had to prove. The invitation of the leaders of the opposition party to the court session was aimed at turning the process into a political show, so the court did not satisfy the mentioned completely groundless and unsubstantiated petition.

We also want to draw attention to the compensation for non-pecuniary damage to the defendants and its amount. According to both national and international standards, in a defamation suit, as a general rule, if the first claim is successful, i.e. recognition of the contested statements as slander, the second claim, that is, the claim for compensation for moral damage, is satisfied, since, in essence, public defamation, and even more so criminal defamation, in itself gives rise to legal grounds for compensation for moral damage. Accordingly, no new, special, and even more so “precedent” decision has been made by the court on this matter, and any interested person can be convinced of this, if they become familiar with both domestic and international judicial practice.

The imposition of GEL 5,000 in damages against the backdrop of deliberate, agitational slanderous accusations organized by the defendants over the course of several months is a clear act of court loyalty to the defendants, however, we respect this decision, since, as we indicated at the beginning (writing is on the wall), the material part was of no interest to us and any money, whatever was charged from the defendants, would go to help the pansionat for the elderly, which is patronized by Mr. Ucha Mamatsashvili.

It is also important that the defendants' speculative statements about the transfer of expenses incurred by the plaintiff to them are devoid of any legal basis, since Art. 53 of the Code of Civil Procedure provides for such a principle of distribution of court costs, and the court acted in accordance with applicable law.

Finally, we cannot but express our concern at the completely incompetent statement of some political parties, and especially the National Movement, made by them just a few hours after the announcement of the court decision. Moreover, at the moment when a reasoned decision has not yet been presented to the parties, and therefore it is impossible for a person without an objective assessment of the court decision. The politically charged statements of the National Movement, containing the desire to put pressure on the court and mislead the public, once again confirm their desire to use the litigation only in narrow party interests. This process also finally confirms the fact that the so-called Public Organization Anti-Corruption Movement is actually a political association of the National Movement and an organization that implements the interests of individuals associated with them and this organization, as well as its representatives, have nothing to do with the non-governmental sector, and even more so with the protection of human rights.

Here we take the opportunity to once again propose a meeting with the public defender, Ms. Nino Lomjaria, and a substantive conversation, both in relation to the biased report that she submitted to the court, in our opinion, and in general around the statements recognized by the court as slandering Ucha Mamatsashvili.

We, as the lawyers of Mr. Ucha Mamatsashvili, confirm our readiness to give comprehensive answers to any questions and cooperate with all objective public organizations and media representatives. It is important that this offer of cooperation concerns various issues that may be of interest to the public, and not just the current litigation, which was conducted in a completely transparent, objective manner and in accordance with existing national or European jurisprudence,” the statement reads.