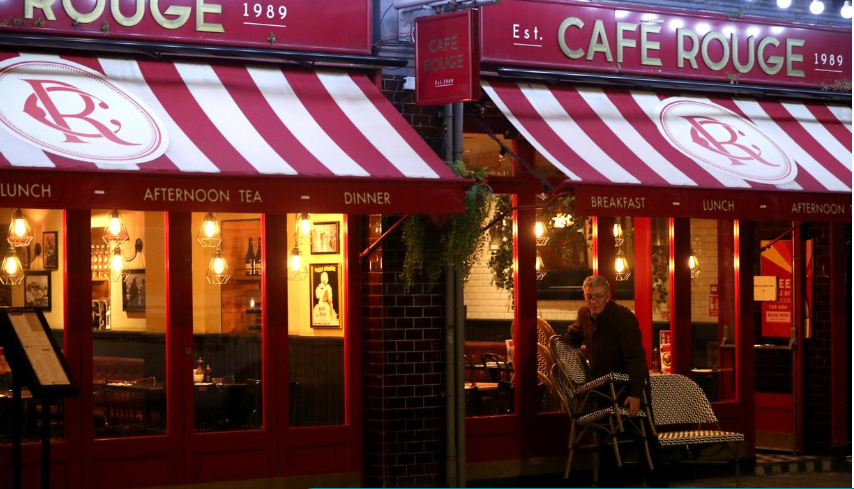 Britain’s high-street restaurant chains Bella Italia, Cafe Rouge and Las Iguanas could see around 30% of their outlets cut, two sources told Reuters, as their owner pushes ahead with talks to sell the businesses stricken by the COVID-19 crisis.

Casual Dining Group, owner of those chains and several others, is in negotiations with potential buyers for its entire estate, the sources said.

The closure of outlets and some of the smaller chains in its portfolio are on the table as part of this, they added.

Some of the smaller chains in CDG’s portfolio - such as Belgian-inspired Belgo and Huxley Bar & Kitchen - could be at risk altogether, said one of the sources, with buyers looking to buy a leaner and more profitable business.

The company is also negotiating lower rents from landlords.

CDG declined to comment. Its private equity owners KKR (KKR.N) and Pemberton Capital Advisors were not immediately available for comment.

Last month the company hired Alix Partners and Kirkland & Ellis to explore options, including administration for all or part of the group.

Slim margins and overcapacity mean many restaurant chains in Britain will downsize or disappear from the high street altogether after nearly three months of closures due to the novel coronavirus lockdown.

With the industry preparing to reopen from July, social distancing is expected to hit it hard given its dependence on heavy footfall and quick turnaround of customers.

“Social distancing is not going away any time soon and the issues that had previously weighed on the food industry, such as business rates, and food and drinks’ increase in costs, are being exacerbated by the crisis,” said Ciara Cullen, food and drinks lawyer at RPC.

For an overview of popular high-street restaurants seeking restructuring, click here [nL8N2D15JO]
An industry study by CGA AlixPartners Market Recovery Monitor shows that at the end of March this year, the pre-lockdown number of licensed premises in Britain stood at 115,108, a 2.4% reduction on March 2019.

That rate of decline is set to accelerate rapidly in the coming months.