Can the State Build Anaklia Port? 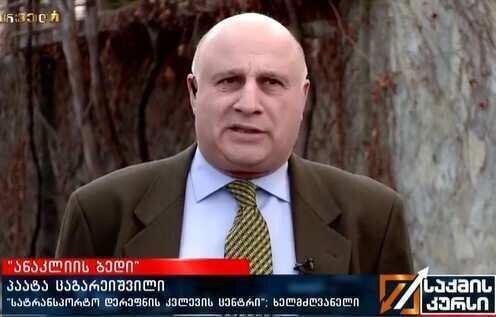 Paata Tsagareishvili believes that large investors will not enter Anaklia Port project. However, the state remains as the second version of port construction.

"It is practically absurd that other well-known companies in Europe, such as Conti Group will enter the project.
The second argument is that if the state takes the project and they will get 600 million from the world financial institutions, but I can’t recall the large infrastructure projects, which are successfully fulfilled. I can name 4 important projects and none of them is implemented, it means that the state management in large infrastructure projects is too weak, including logistics centers - $ 150 million; East-West highway - only 56% is completed; Baku-Tbilisi-Kars is an unfinished project, it has been under construction for 15 years. The Bypass Railway, which was the premier's promise in 2016, but today it had been canceled", Paata Tsagareishvili said.