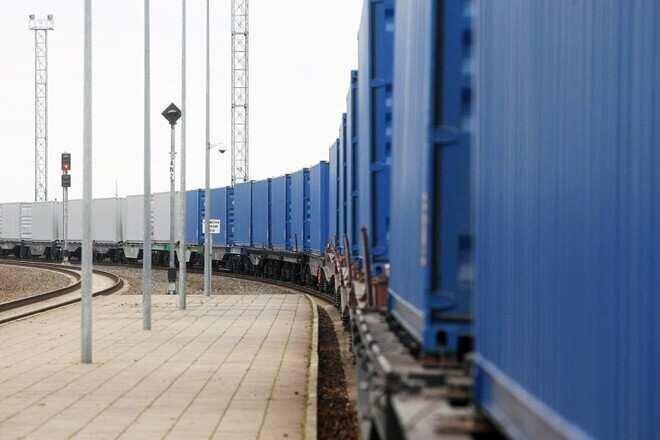 Cargo companies of Kyrgyzstan have developed and launched a new railroad route for transporting goods to and from Turkey, which will pass through Azerbaijan, Trendreports citing the Chamber of Commerce and Industry of Kyrgyzstan.

Chairman of the Subcommittee on Transport of the Chamber of Commerce and Industry Talant Matkerim uulu said that the first 40 containers from Turkey were delivered to Kyrgyzstan's Osh in accordance with the agreement with the Turkish Arkas Logistics company within CASA project.

First, cargo from Turkey passed through Georgia to Azerbaijan by railroad, then it was transported to Turkmenistan by sea, where the cargo was again loaded onto trains and delivered to Osh via Uzbekistan through the steel trunk bypassing Kazakhstan, Matkerim uulu added.

“Kyrgyz cargo carriers were able to establish multimodal cargo transportation by various types of transport. Previously, we transported goods only by roads, but because of problems with crossing the borders of the Commonwealth Independent States (CIS) due to COVID-19, entrepreneurs suffered losses,” said the chairman.
Matkerim uulu said the development of multimodal transportation not only removes the risks of cargo delays, but also allows increasing the volume of deliveries, noting that the new railroad route for transporting goods is not easy thing.

“However, in the face of pandemic, there are constantly problems with crossing the border of a neighboring state, with which entrepreneurs are faced. The new route has become literally a rescue for domestic cargocarriers,” he added.